Noah had another INCIDENT at day care today, resulting in the bruise on his left cheek. 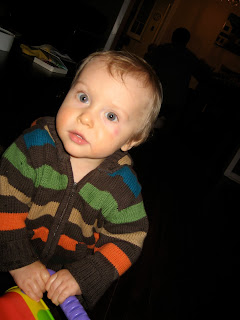 Though it was much less glamorous than last time. Apparently he slipped on a book and banged his face against the shelf. Though the shiner was impressive, he was fine in a few minutes. I am getting the feeling that he is going to be a kid who falls down a lot as he learns to walk and run.

Also, Noah would like to show you how he can play peek-a-boo. 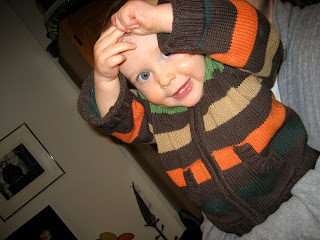 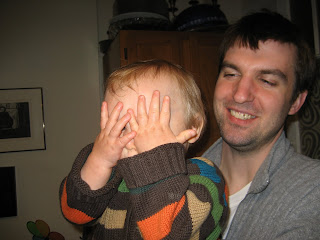 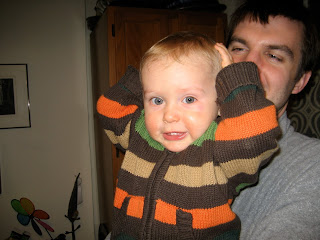 Also, he would like to show you how he can make the "wah wah wah" noise by patting his hand against his mouth. 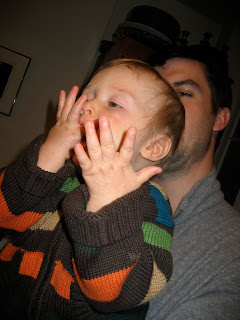 Clearly, some kind of fine motor skill genius. Also, I am totally not biased.
Posted by Rachel at 8:09 PM