The other day we went over to Marlboro so Noah could ride his bike around the park near Grammy and Grammy Sue's house.  For some reason he required both sunglasses and gardening gloves to do this... 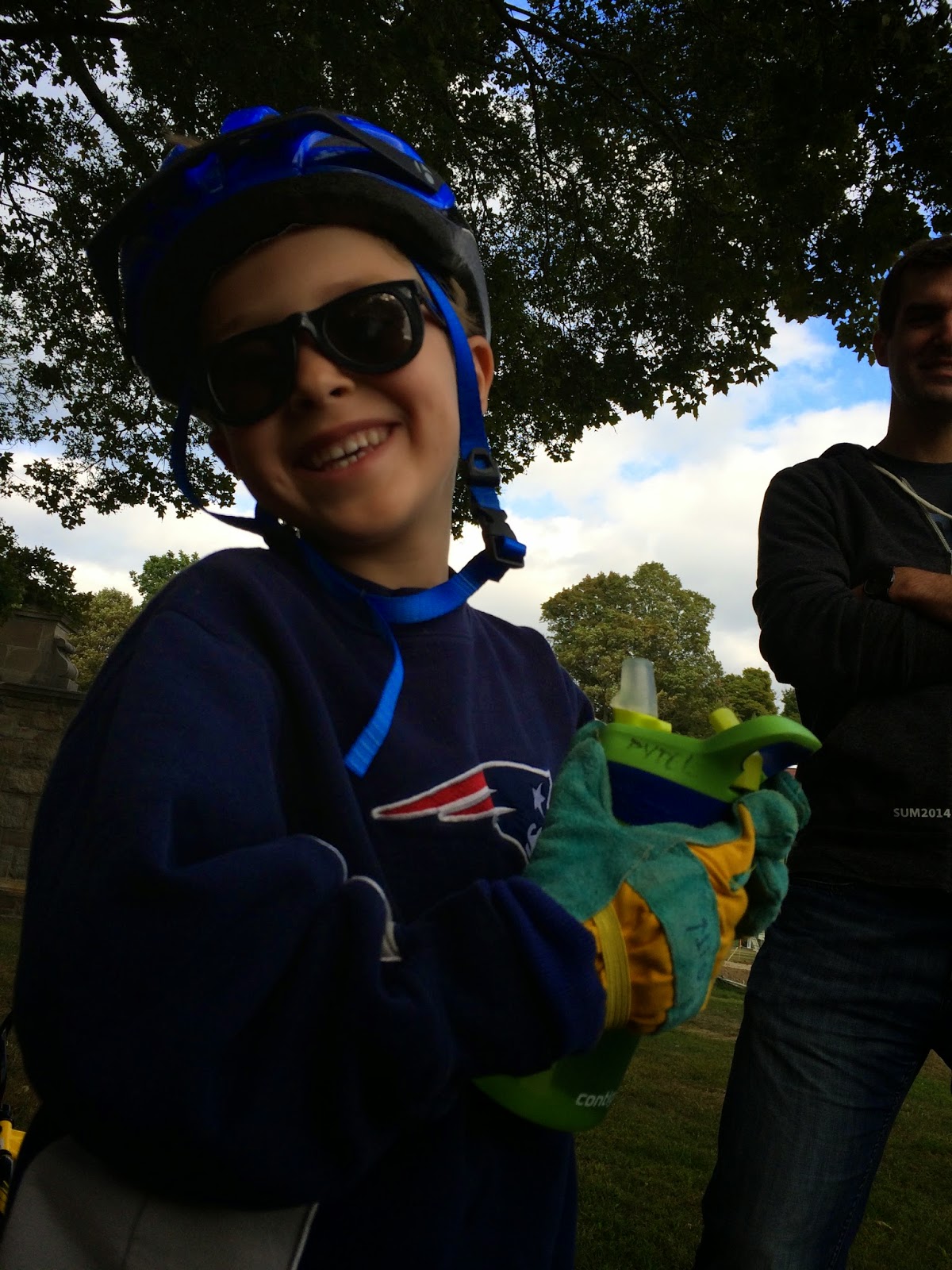 We also played on the playground and also ran up and down the half-pipe.  Grammy took two pictures of this.  One that is a happy family shot: 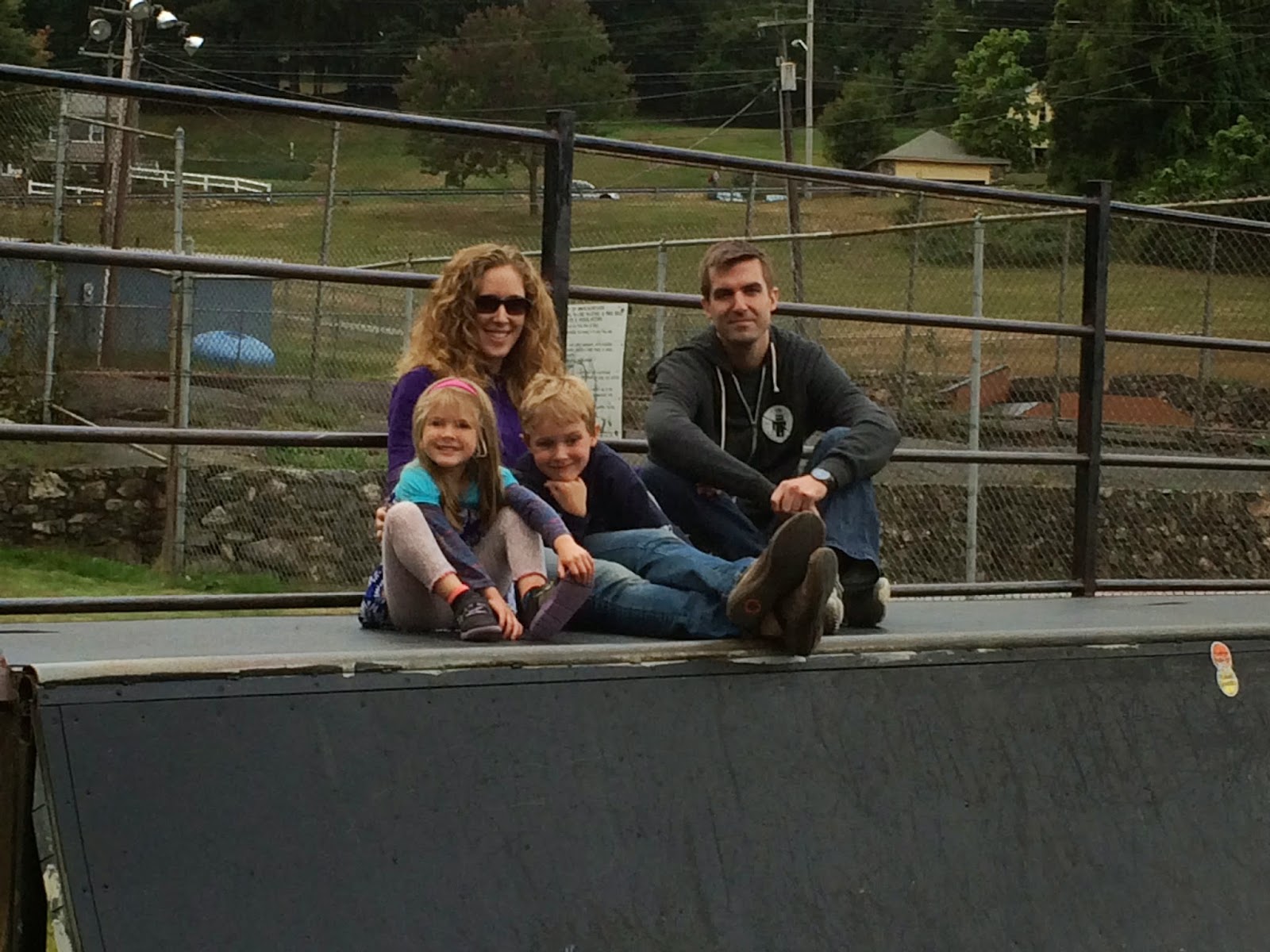 And one where I have no idea what is going on 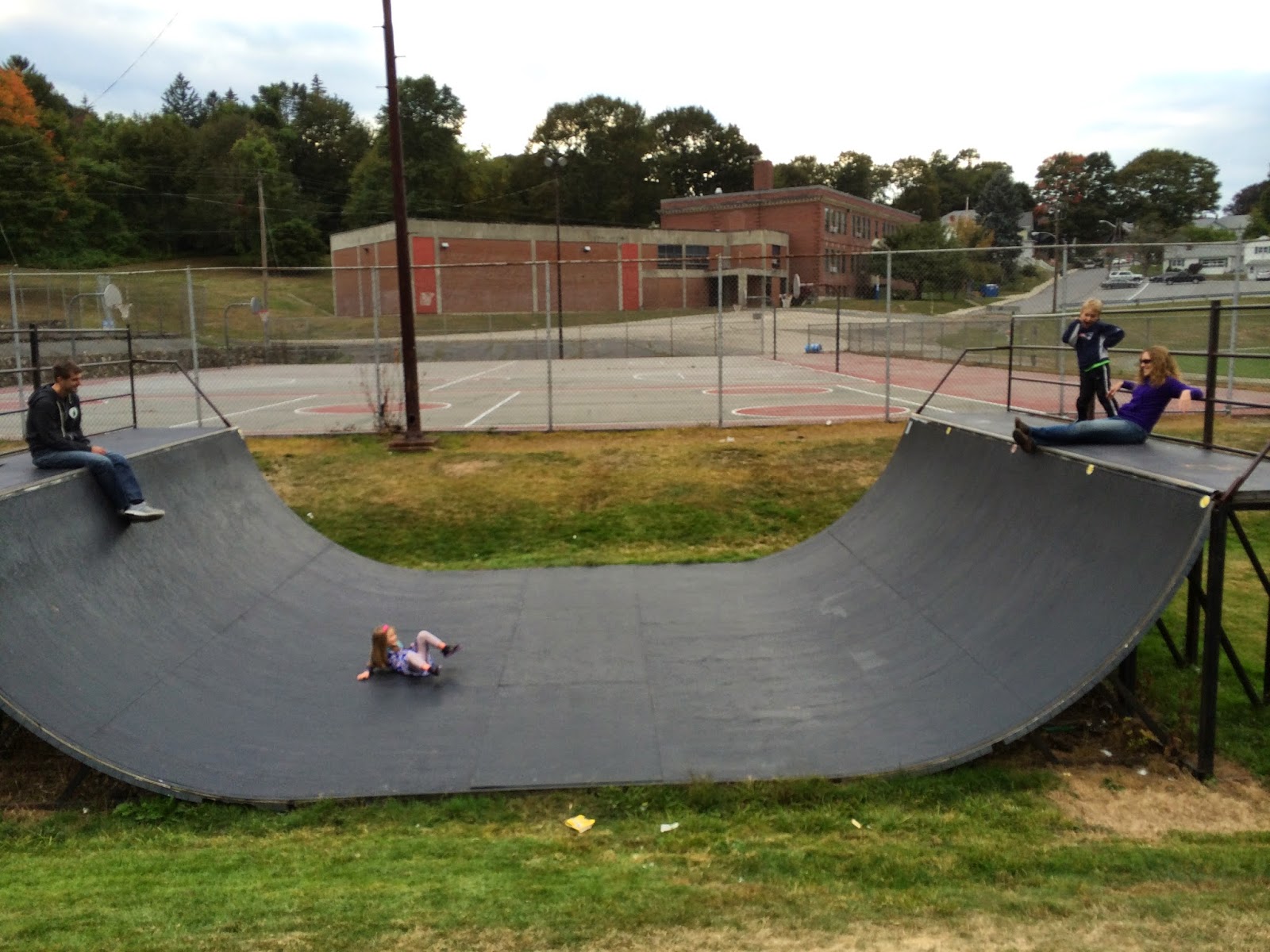