We had a bunch of Noah's friends and their parents over for a playgroup in Noah's honor, and brought all of Noah's toys out for their enjoyment. There was a lot of cuteness at this party. 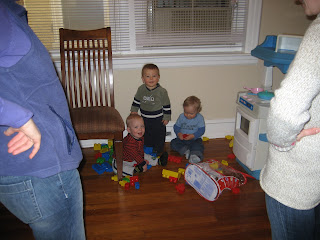 Unfortunately, it was hard to capture how busy it was because our house has small rooms and walls. 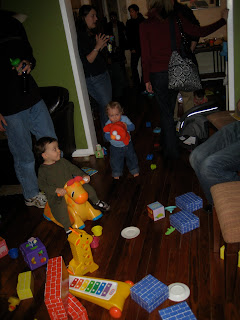 Let's just say with a crowd of ~30 and almost all of Noah's toys in use at one point or another, it was a kicking party. And because I didn't take enough pictures of the party, I present the aftermath instead: 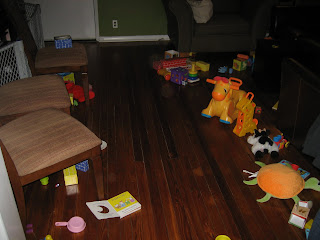 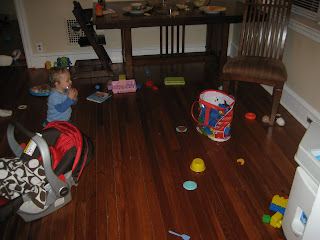 Eh, not that different from a regular Sunday afternoon around here. Thus concludes Noah's birthday festivities for 2010. Happy Birthday Kiddo!!!
Posted by Rachel at 4:38 PM