Somehow, miraculously, we did not get the car stuck in a ditch and eventually found the paved road to the playground. It was an adventure, to say the least.

At the playground, there was an old school merry-go-round.  Noah and Eva had never seen one before (and I haven't seen one in years). 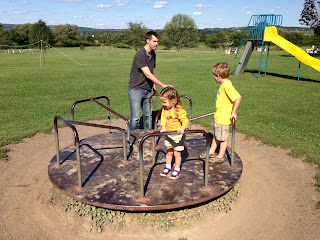 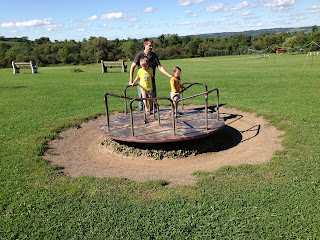 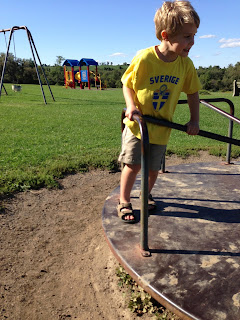 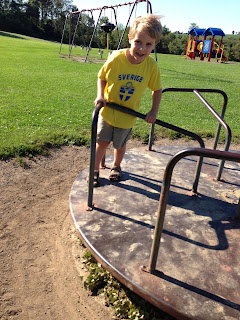