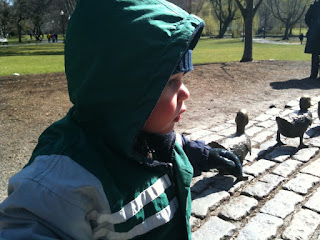 This morning we finally found a place in Boston to live (a duplex we can rent in Mission Hill). This is a huge relief and exciting news, because it's a great place. It also meant we got to spend the rest of the day outside enjoying the beautiful (but cold!) day. 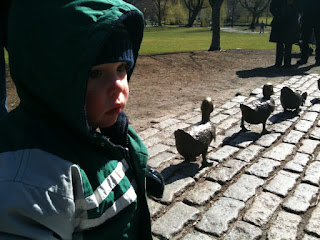 We took Noah to Boston Common to meet the Make Way For Ducklings ducklings. 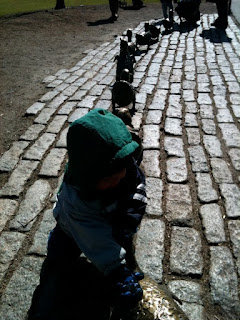 He liked visiting the ducks ("duckie!" point point "duckie!") but was dissappointed that he was unable to pick up the statue. 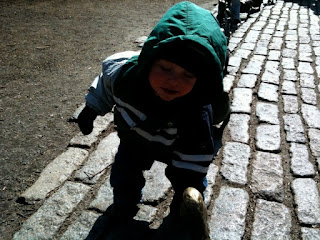 We then headed to the Thoughtbot office for a bit of a warm-up and a snack. Noah is actually very good company at the table. 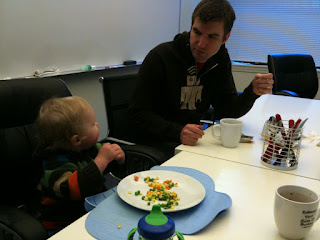 Also on our walk today, we saw some wierd stuff. For example, this, on the door of a brownstone in the west end. 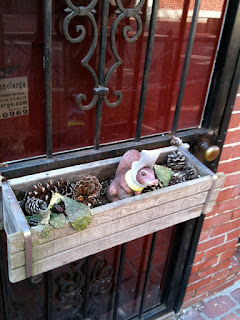 As best as I can tell, this is a squirrel statue wearing some kind of bizarre sock hat, accompanied by pinecones and cacti.

But that was nothing to what we discovered while walking back across the common - a quidditch practice. 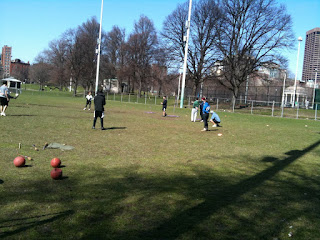 I am not kidding you right now. See the rings they've erected in the back? 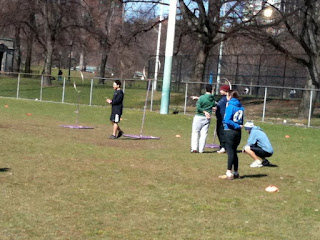 Also, they were running around with brooms. 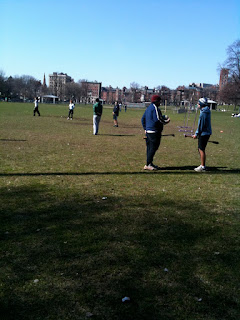 Wikipedia says that over 200 college teams compete in muggle quidditch. This is the second craziest thing I have ever heard. The first craziest thing is the following (from the Wikipedia article):

While the Snitch is a magical object within the canon of the Harry Potter novels, in Muggle Quidditch the Snitch is most often a sort of neutral player, usually dressed in all gold, sometimes adorned with wings. The Snitch, after release, is usually allowed to roam an area beyond the playing field. When played on a college campus the range is often the entire campus.

I am only sorry I left college before I had the opportunity to run into a gold bedazzled Clark student wandering around the WPI campus.
Posted by Rachel at 8:39 PM