Noah had his friends Maytal and Ben over to play this weekend. It is really neat how they actually interact. 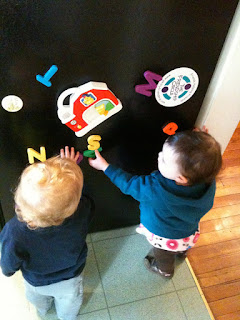 This means the playdates are not just an excuse for the mommies to chat. Ok, we didn't just chat, we also made funny noises at the babies. 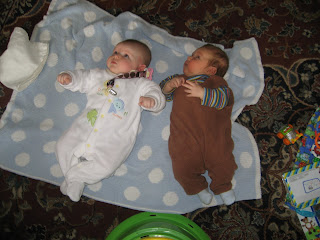 Anyway Noah and his friends went to the playground. 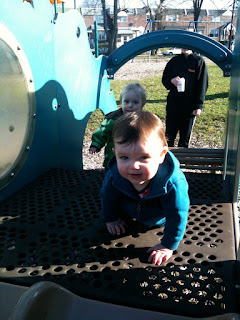 And took about 30000 trips over the climber and down the slide. 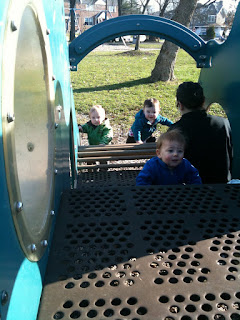 And over the climber, to go down the slide. 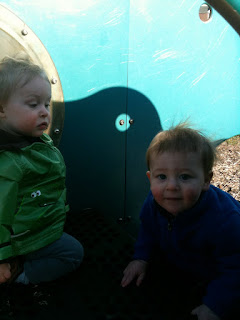 Oops, another nostalgia blip. Back to 2010. When our babies are very mobile and opinionated and hilarious. I had hoped we'd be a bit less drooly by now, but I guess you can't have everything. 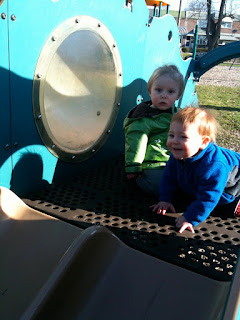 Even with the drool (also, why is my child the only one who still seems to be drooling so much?), the cuteness has only increased. If you had asked me last year I might not have realized that was possible, but look at these kids. 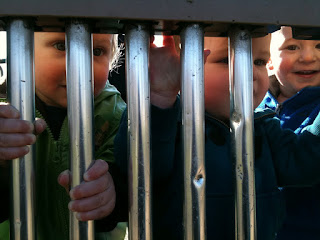 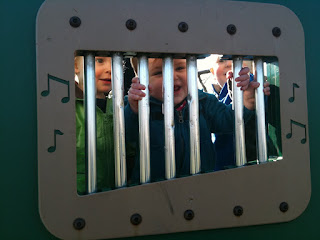