Noah and Eva both participated in the kids club, which was full of neat things for them to do. On Tuesday, it was show night. The "petit club" kids (Eva's class) performed in early afternoon, leading with Eva's first ballet experience:
It is actually quite impressive considering what I believe is the rehearsal schedule:
2:00pm - wake kids up from nap
2:30pm - convince classroom full of 2 and 3 year olds to put on costumes
3:00pm - show time
Anyway after her ballet debut there were a few other acts and then a percussion number where Eva played a maraca (she's in the back left) 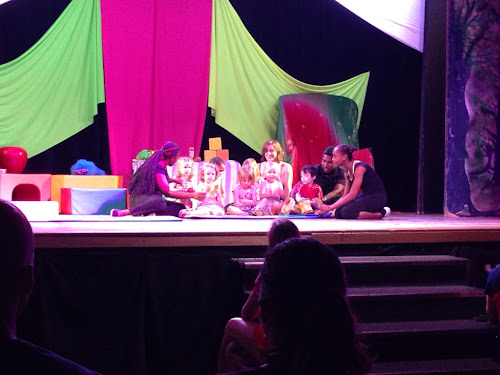 And a final bow. 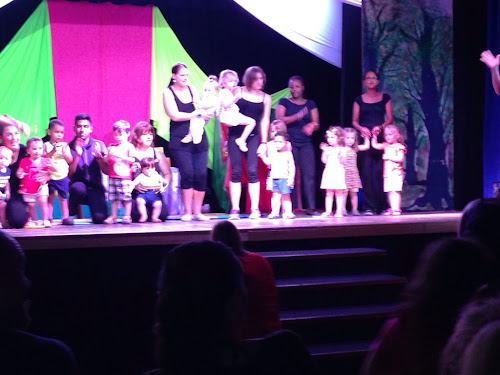 Yay Eva!!!
(We celebrated with a mango smoothie while Noah rehearsed for his show) 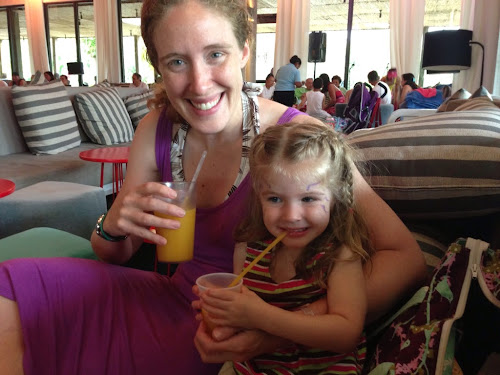 Noah was part of a bigger production that included all of the "mini club" kids (ages 4+) and the teenagers. He was very anxious about being in the show until dinner time, at which point he seemed like he resigned himself to doing it and got really excited.
I was super proud of him for doing something he was scared to do. And afterward, he was pretty proud of himself too. :)
At any rate, here's the performance:
(My favorite part is his expression of "how can you possibly expect me to follow this!?!?" ) 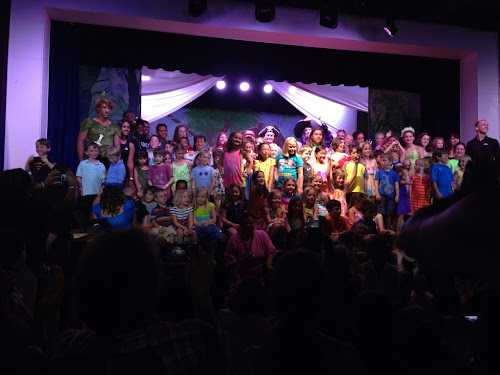 And then they had a big party for all the kids with popcorn and candy. What a treat!

Posted with Blogsy
Posted by Rachel at 10:22 AM