We had a fun (but HOT) 4th of July this year. Both kids got to march in a little parade

(Eva with the Petit Club) 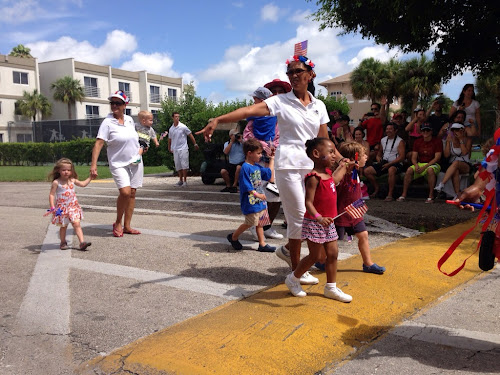 (Noah with the mini club) 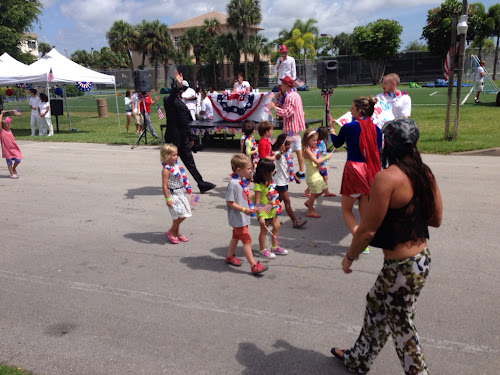 Also in the parade were a bunch of fancy cars and trucks and motorcycles. I think the staff went around asking the guests who drive these things to be in the parade - one elderly couple who drives a blue corvette has apparently been participating in this parade for the past 10 years. Also, they got a local fire truck. (!!!!!) 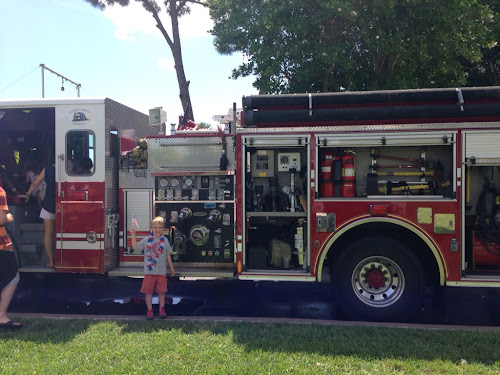 Afterward, the fire truck stuck around for the kids to check it out. 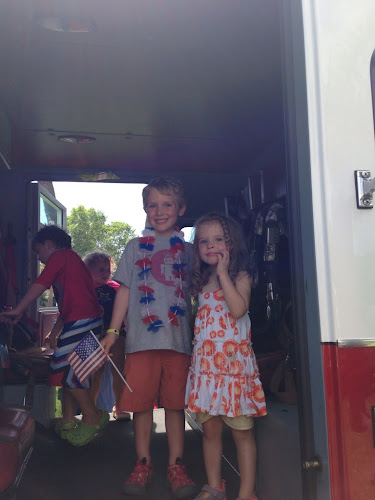 This is where Eva informed us that the firefighters have to look out for bad guys and then they can fight them. Hmm.. 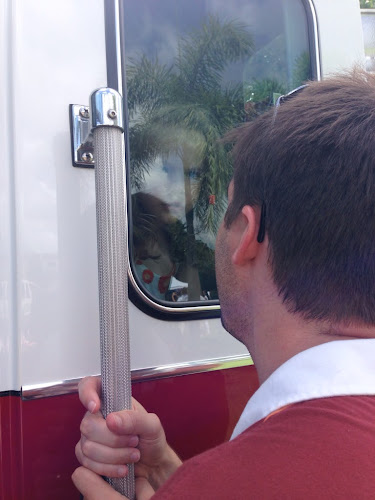 (Eva is the firefighter, Daddy is the bad guy)

Then Noah got to watch something incredibly exciting (for him), one of the motorcycles needed to be fixed! 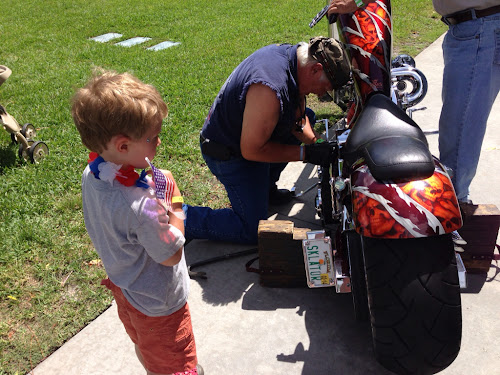 (at one point there were 5 biker guys and Noah standing around watching this guy fiddle with his bike... I didn't want to photograph all of them but it was a pretty funny scene).

Later there was a party with cotton candy, popcorn and bounce houses. 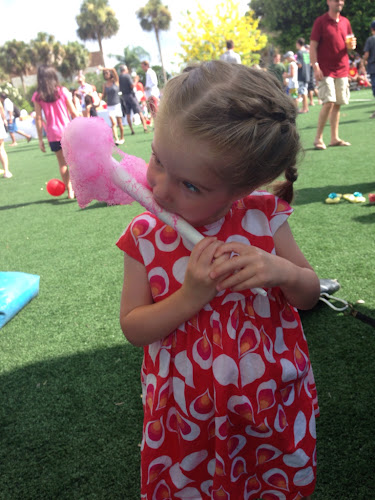 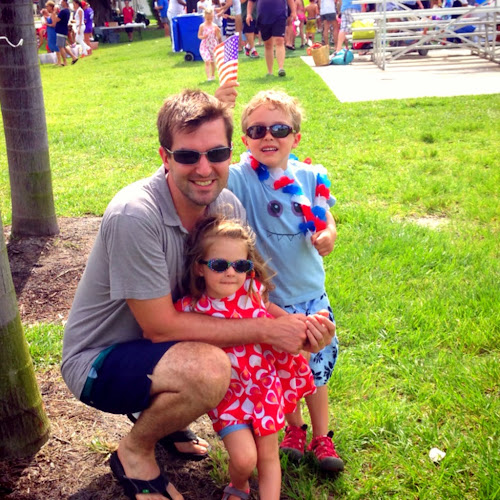 Posted with Blogsy
Posted by Rachel at 2:57 PM