Eva, Noah and Grammy made some new friends in the back yard today. 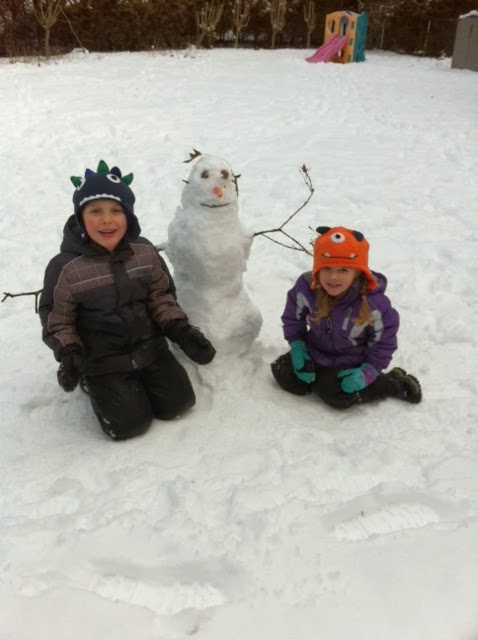 One of the snowmen is definitely named Bob.  The name of the other one depends on who you ask. 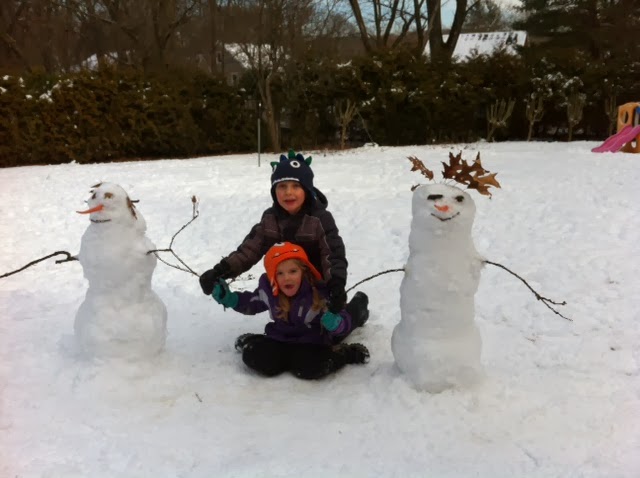 According to Eva, the snowmen are named "one named Bob and the other named Bob the builder snowman."

According to Noah, one is named Bob, and the other one is "Snowhead" or "Stupid head" or "Nose Boogers" or whatever super witty 5yo humor he can come up with, sending the both of them into hysterics.
Posted by Rachel at 8:31 PM