Shortly after arriving in Denmark we left again to visit Auntie D in Sweden.  And apparently did a terrible job of it, since I realize now I don't have a single photograph of her with the kids, or us with Daniel and Tellus.  I guess we were too busy enjoying ourselves to photograph it, but it is disappointing.

What I did manage to photograph, however, was the moosepark.  Auntie D gets the aunt of the century award for surviving the trip there with a carsick Noah.   It was really a disaster.  But eventually we arrived and sent Auntie D and the kids to the playground so we could clean out the car.  And that's when it started to rain.  And the kids' jackets were both, let's say, contaminated.

But we soldiered on, because after all that, goddamnit, I was going to see a moose. 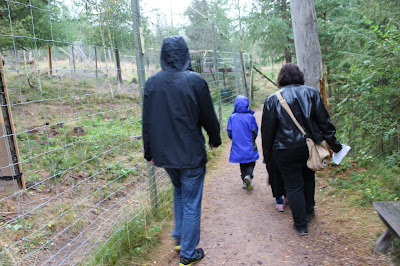 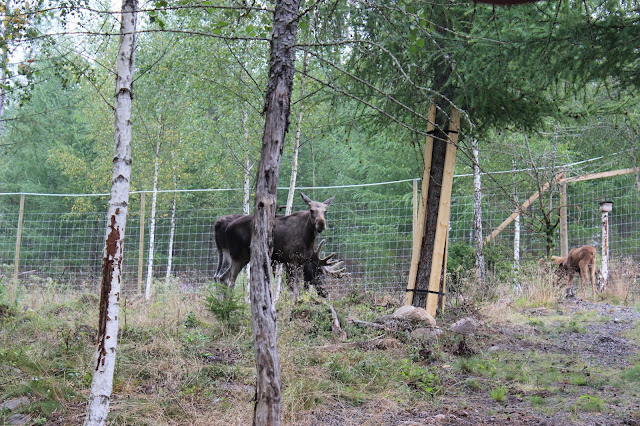 Some adults, some calves, and also some teenagers 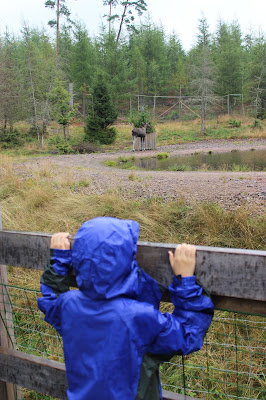 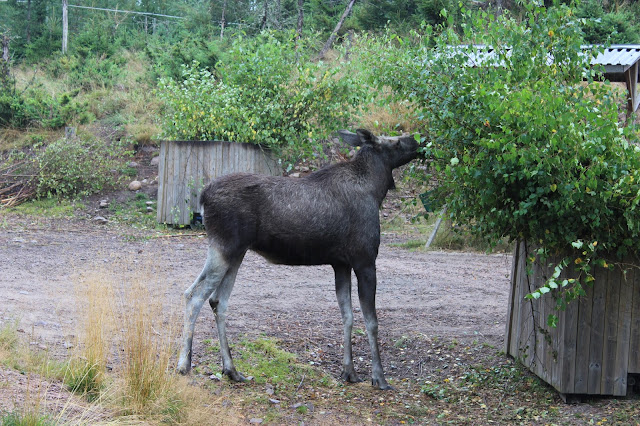 And also some horns 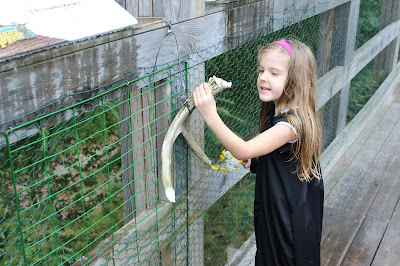 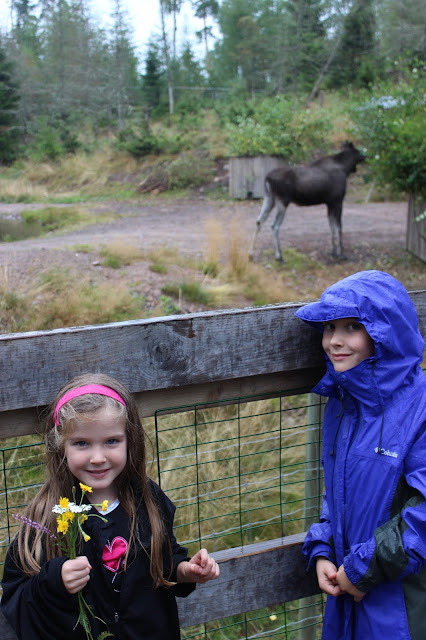