On the recommendation of several friends we took the train an hour north to Oxford.  It was a pretty cool looking city. 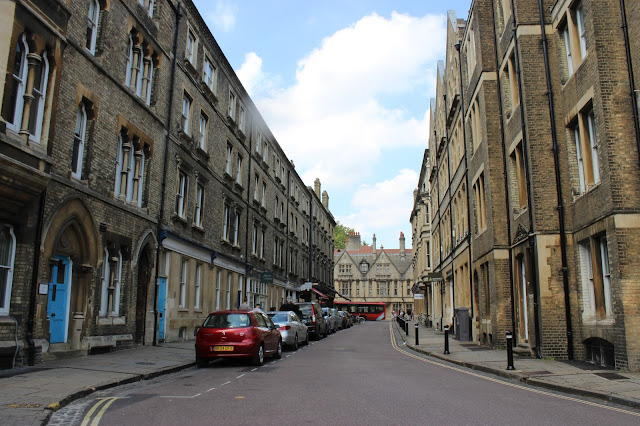 Apparently Noah thought so too 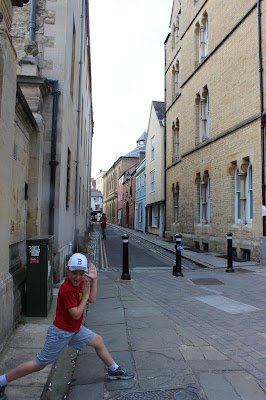 We started off with lunch in a 16th century pub 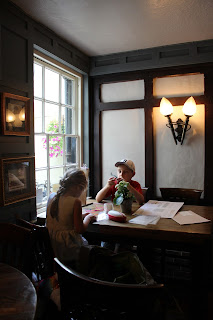 Which also quickly degenerated into silliness... In absence of any sort of plan we took one of those open air sightseeing busses around, which was actually pretty fun.  We saw lots of the colleges of Oxford University and got off at ChristChurch college.  It was pretty cool. 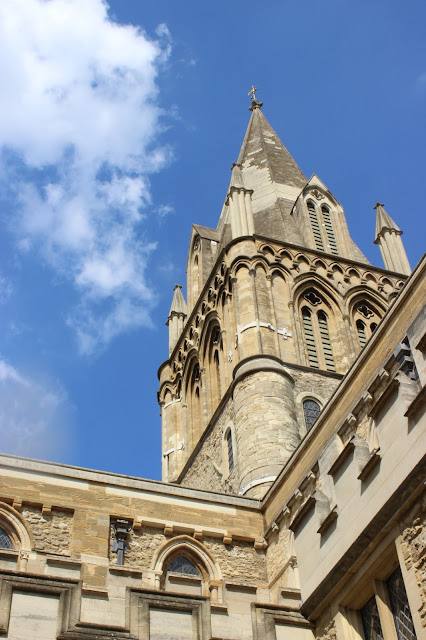 And by "pretty cool" I mean basically astonishing.  Can you imagine going to a college that has been a college since the 1500s?  Not to mention being the location for several Harry Potter scenes. 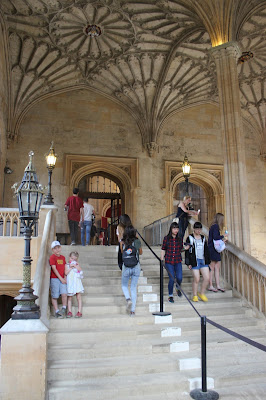 Remember that staircase from when Harry and his friends first arrived at Hogwart's?

We also went into the dining hall, which was apparently re-created for the movie. 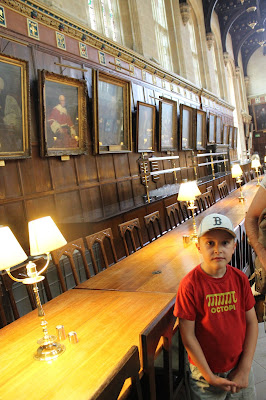 And then into the chapel, which, oh my. 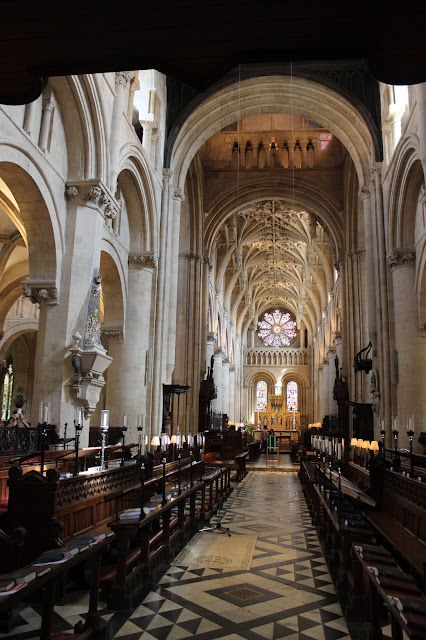 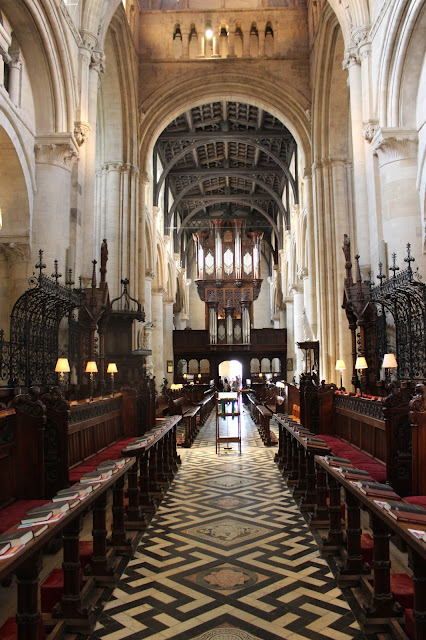 Let's get a closer look at that organ 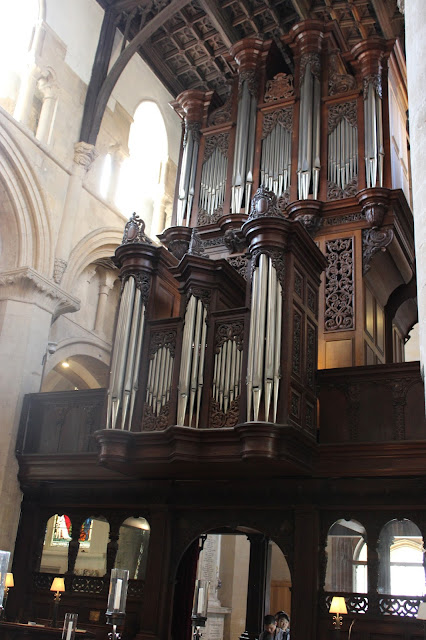 And what I think is my favorite ceiling so far.. 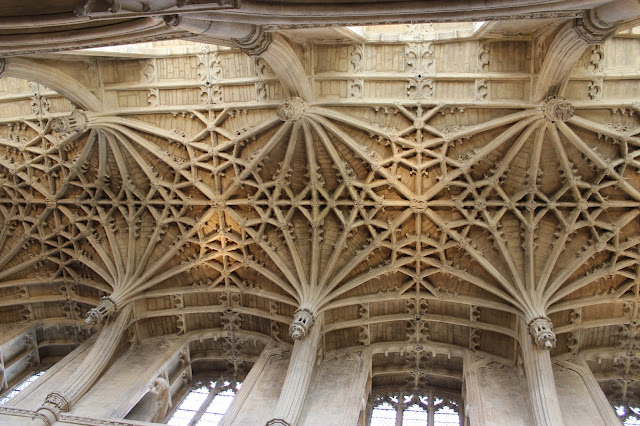 And on our way out of the school... a sundial. 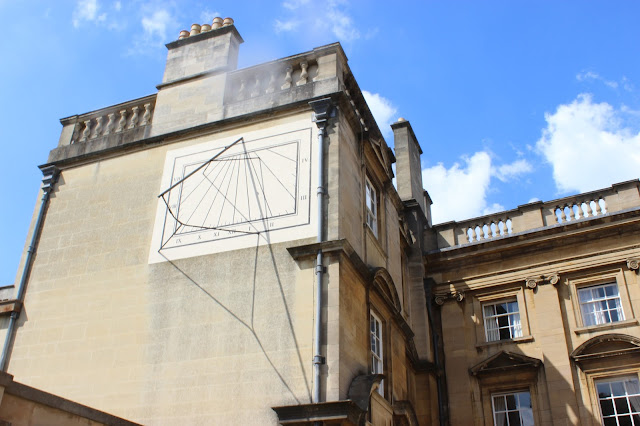 (sorry about that smudge on my lens, by the way, I didn't realize until downloading all of the pictures that it was there... )
Posted by Rachel at 8:52 AM