A busy day today. We spent a good portion at Home Depot, waiting for the rental truck to be returned (it only took an hour and a half longer than we expected) so we could bring home our new patio furniture. Hopefully someday it will look like this: 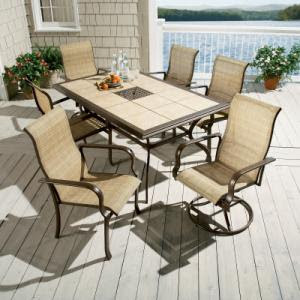 Minus the computer-generated deck and swimming pool. Right now, however, it looks like two giant boxes in our basement. It took long enough to bring it home that we didn't have the energy to start putting it together. Hopefully next weekend.

Also scheduled for next weekend, planting a vegetable garden. We bought a great little book about how to plan and plant a low-maintenance garden. We're going to put it back against the compost (which, according to the book, we have been doing all wrong, but I'm hoping we get away with it anyway) and hopefully in a few months we'll be swimming in our own zucchini.

We attended the second "intro to reconstructionism" class at our Synagogue this morning. I've really been enjoying these classes - lots to think about. But probably for another post.

And the final purchase of the weekend (made while at the grocery store this evening), is intended to get our cats in line. Recently, they've (ok really Entropy is a worse offender) been rather cavalier about prancing about places they are NOT ALLOWED (i.e. the dining room table). We intend to put an end to this behavior. 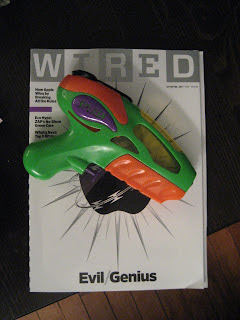 Pay no attention to the magazine under the squirt gun - I just didn't want it to leak on our coffee table. Though I do like the evil/genius caption. Here is Chad looking to bust some heads (or rather, squirt some heads) after we heard a suspicious noise in the other room. 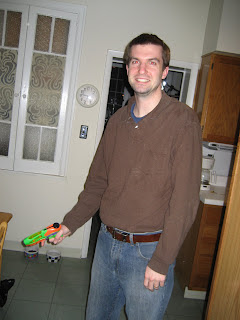