Noah and I made challah today for Shabbat. Noah did a good job of kneeding (smacking?) the dough. 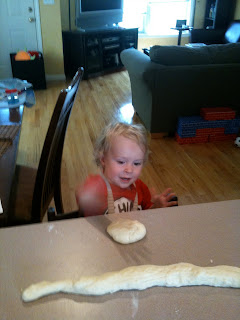 Though he wasn't as excited about playing with the dough as I had expected - he was kind of wierded out by getting flour on his hands. 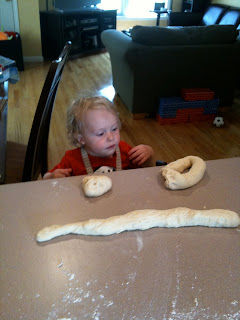 Which surprised me, as he spent most of yesterday morning in a sandbox, and when he's extra hungry in the mornings he has no qualms about eating his oatmeal with his hands. But whatever, I don't understand why some days he hates yogurt and other days he loves it either. No matter, the challahs looked great. 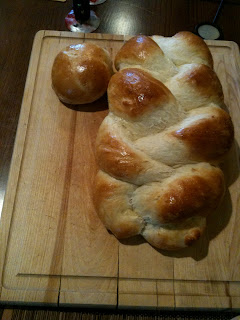 (Noah's is the one on the left)

And it was a nice thing to have for shabbat. 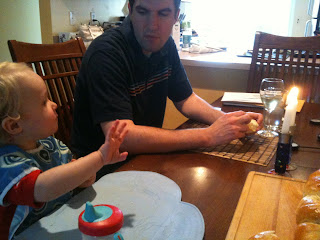 (Noah can simultaneously enjoy his challah and warn Chad that the candles are hot)
Posted by Rachel at 8:46 PM