The grandbrady bunch converged on Boston last weekend for Zach's graduation (Congratulations!!). This was very exciting for us because we got to see everybody AND spend time on the train. 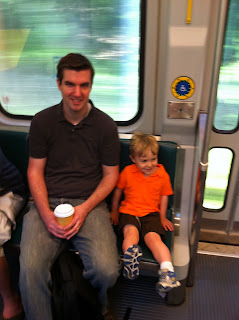 Of course, Dad has a fancy new camera now so we let most of the time go undocumented, since even though I totally love my iphone his pictures really are much better. We did get a few good ones, though:
Dylan and Noah and Nana checking out the new Thoughtbot office 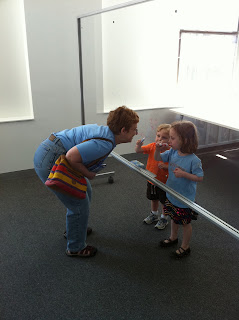 Nana is apparently going to invest in one of those clear whiteboards for her house. I am not sure how tippy is going to like this idea.
Noah also got to try out the pool with Saba (and Dylan, and the rest of the Blumkin crew) 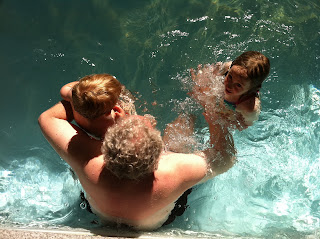 After swimming, we all cleaned up and got ready to go out to dinner. New BFFs Dylan and Noah liked having their picture taken. 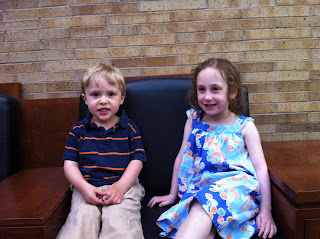 But were more skeptical once the siblings were introduced 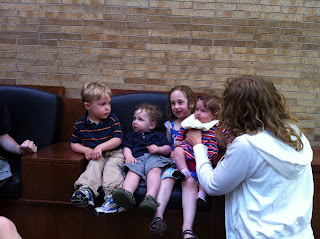 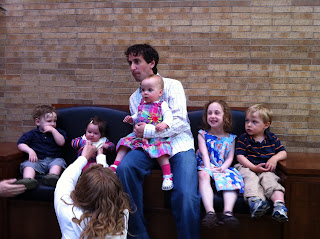 But once the grandparents were put in charge the picture improved considerably. 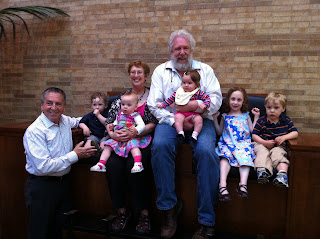 The group then headed out to dinner, where Noah and Dylan managed to keep themselves confined to our semi-private room for over two hours. I was impressed. They (and by "they," I really mean "Noah," let's be honest) struggled a bit with the concept of "PLEASE do not roll around on the restaurant floor), but once I told them they could fall up instead of fall down they did pretty well.
What a great day.
Posted by Rachel at 2:24 PM