Our second day in Scotland we took the train out to North Berwick, a lovely little seaside town 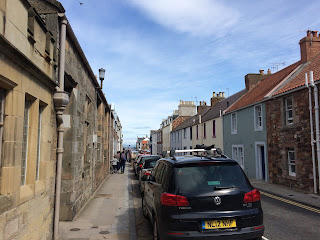 To visit the Scottish Seabird Centre.  The center was located right at the shore, so we enjoyed the view for a bit 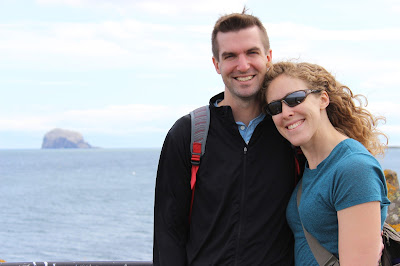 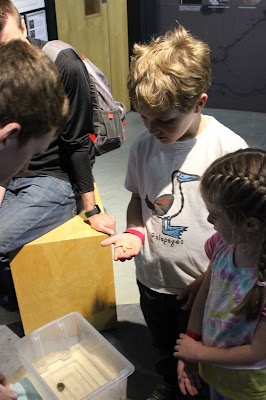 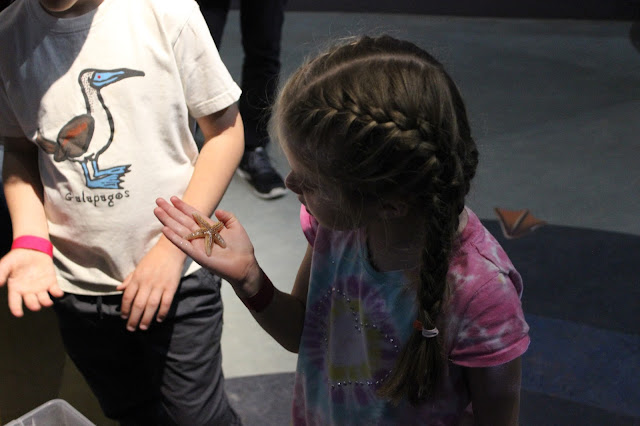 Then after lunch we got on a boat and headed out to Craiglieth.  This is a big rock with a ton of seabirds living on it.  I apologize my pictures aren't awesome, I don't have a zoom lens and the boat couldn't get that close to the rock.  But take my word for it there are a LOT of birds on this rock. 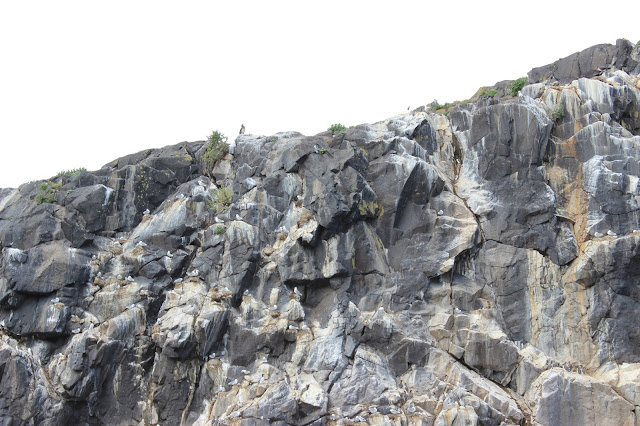 Noah and I even saw a grey seal - see his little head poking up in the middle there?

The most exciting part for me, though, was getting to see some Puffins! 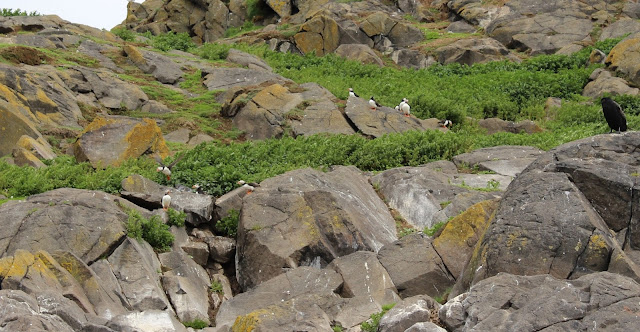 See them there?  With the orange feet?  They were smaller than I expected, but really cool to see.  Apparently there are a couple thousand nesting pairs of puffins on this rock, but they are only there for a few weeks before moving on with their migration.  So we were really lucky to get to see them.

When they fly they look like little rockets with wings 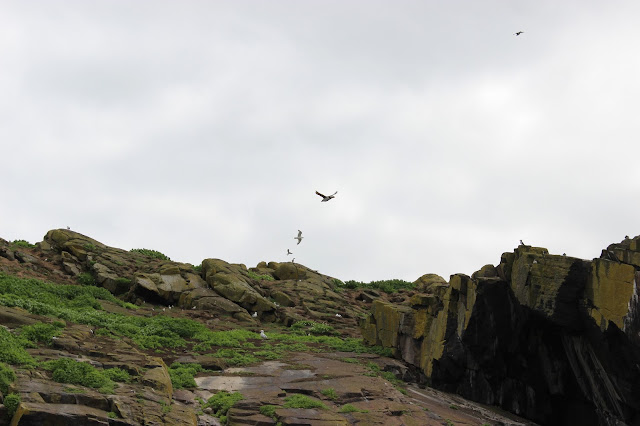 (the top flying bird is a puffin, the next one I think is a Gannet)

Next, we went over to Bass Rock.  This was one of the coolest things I have ever seen, but Sarah you might want to stop reading now.

The boat was oriented such that we couldn't really see the rock as we approached it, then all of a sudden the driver turned the boat and there it was. 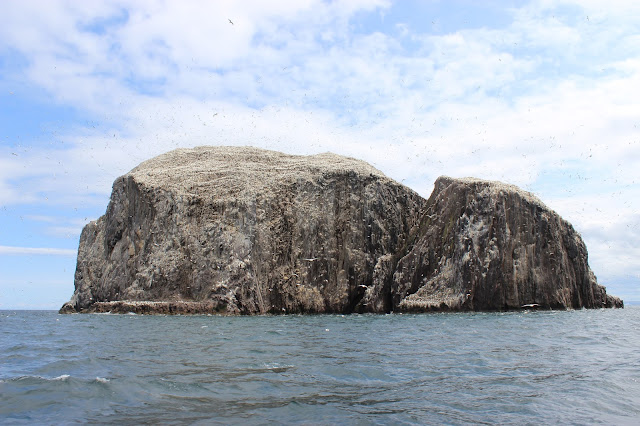 All of those white dots?  Are gannets.  It is like the rock is alive. 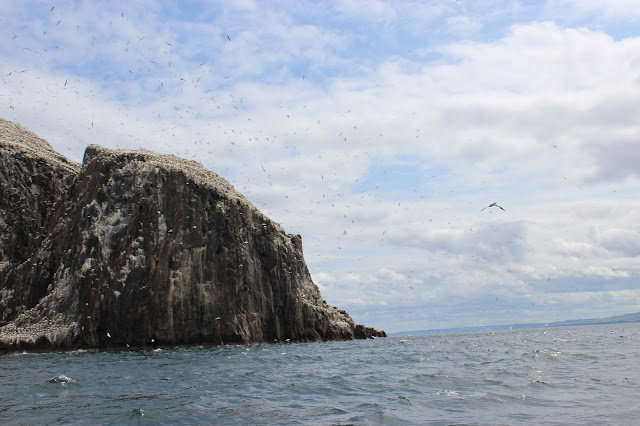 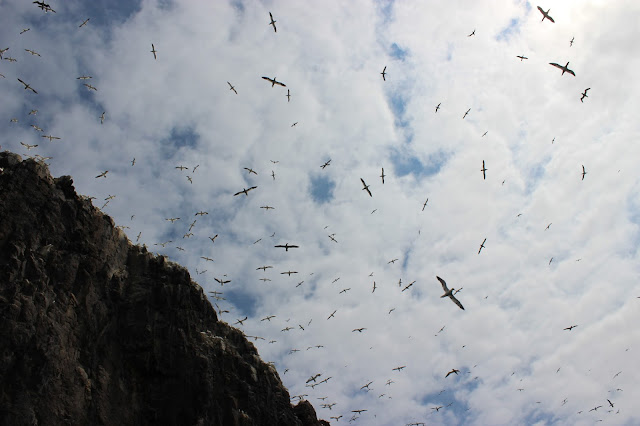 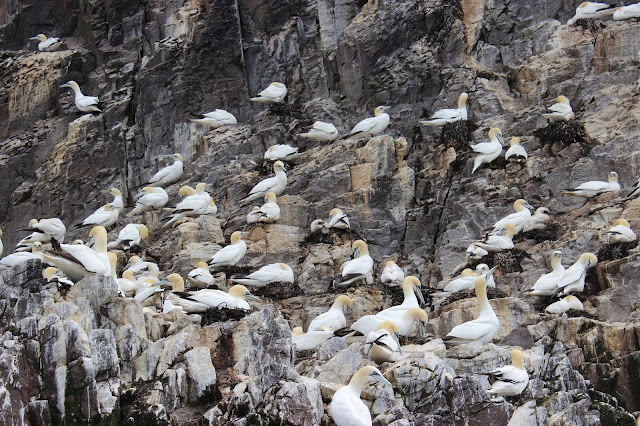 There were some little fuzzy babies as well 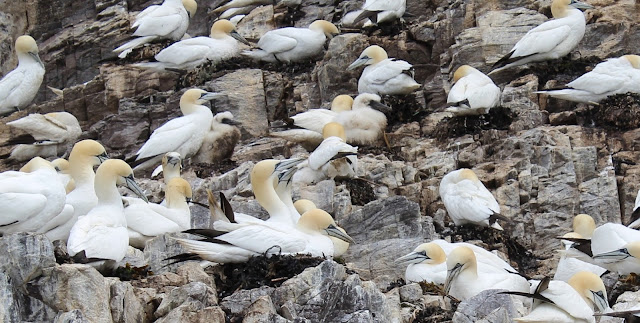 I can't say enough about how cool this was, it was really one of the most incredible things I have ever seen. 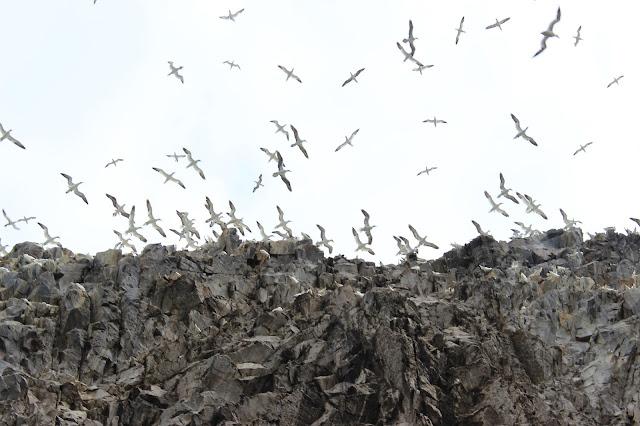 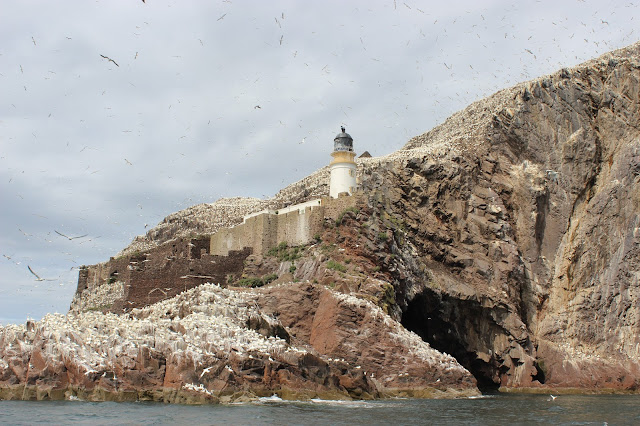 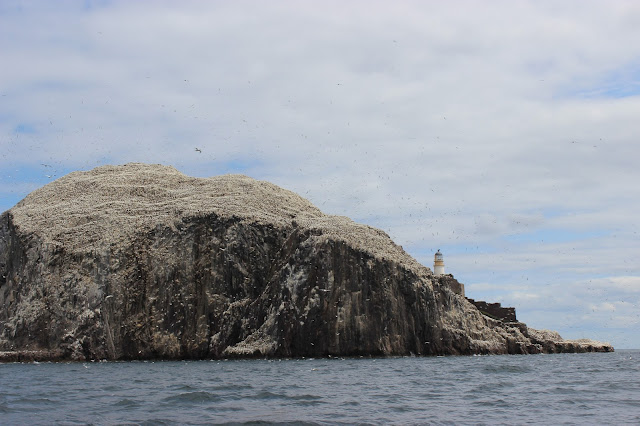 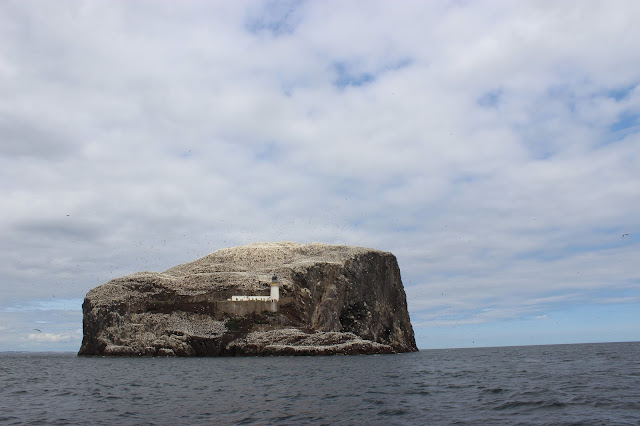 (if you want to see more birds, you should look at the seabird center website - there are several live webcams on the islands where you can see the birds up close!)