Today we took the tube to Buckingham Palace

The tube was an event in itself - the underground is great, it goes everywhere, but it's an event to take with little kids because everyone in London uses it so some areas get super crowded.  Eva had a small mishap in the turnstile but I am hopeful it will only convince her that no, she doesn't need to switch from holding my hand to holding Daddy's hand at the exact moment we are passing the turnstiles in a throng of hundreds of other people... but after all she is Eva, so we shall see. 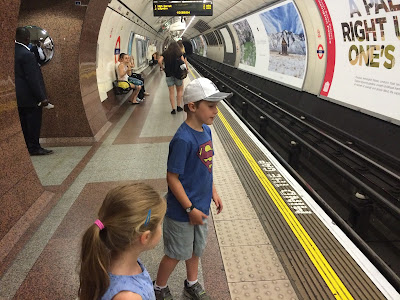 We arrived at the palace in time for the changing of the guard, which was a terrible idea because it was super hot and crowded and we couldn't see anything anyway.  Eventually we escaped the crowd and had a nice picnic in the shade, then returned to check out the palace in peace. 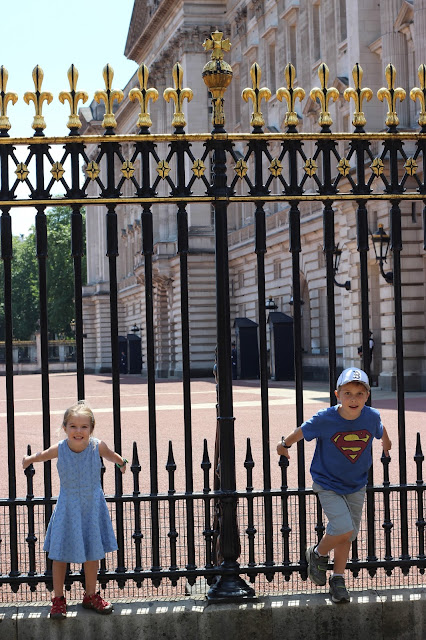 Then we went to see the Royal Mews, where they keep all of the queen's horses and coaches.  Some were pretty incredible 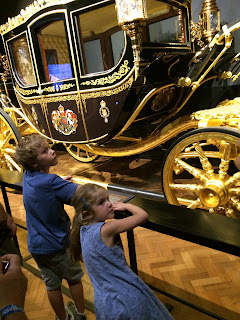 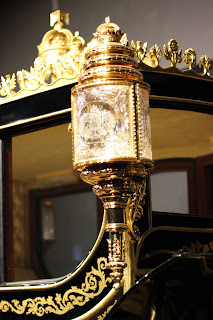 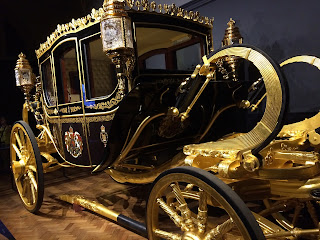 Ok kids, pose in front of the gold coach used by George III 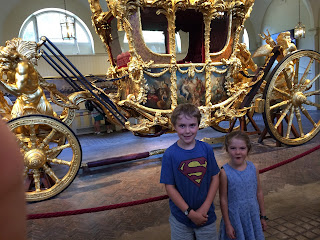 Because of course we can.