This weekend we went to check out the Tower of London, which it turns out isn't actually a single tower at all and is instead really a fortress with a series of towers and connecting walls. 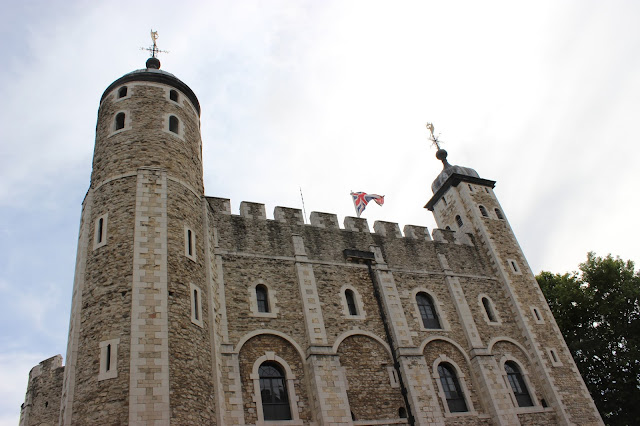 We saw some very serious guards 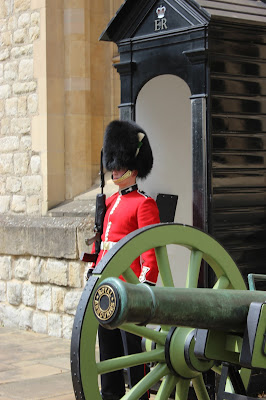 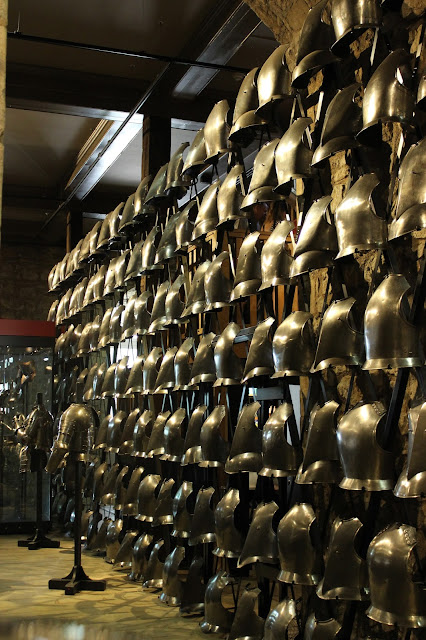 It was pretty impressive... 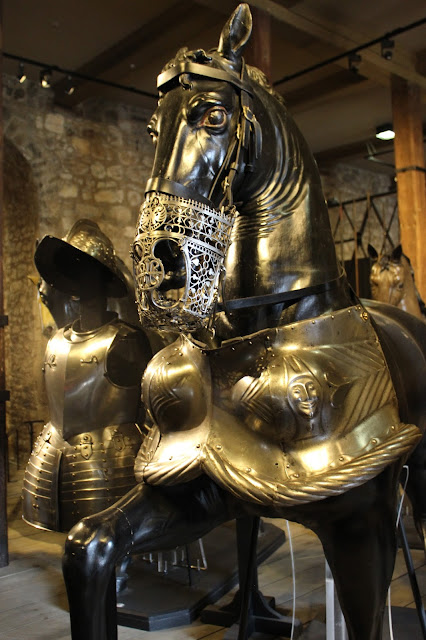 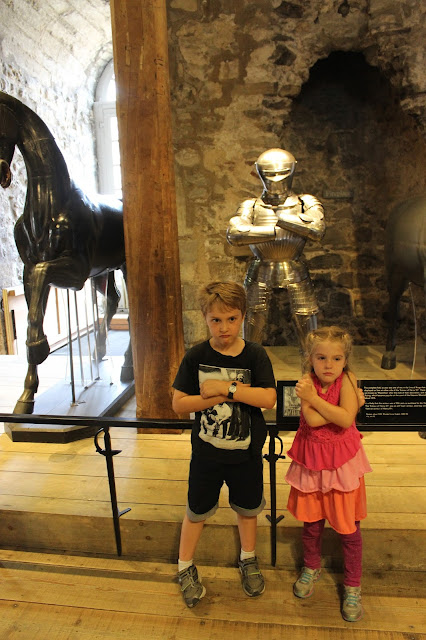 Noah and Eva tried on some helmets... 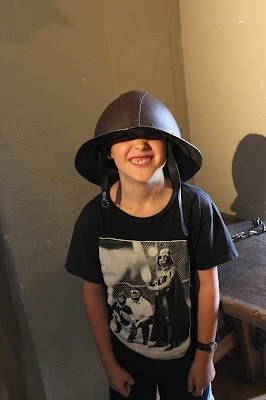 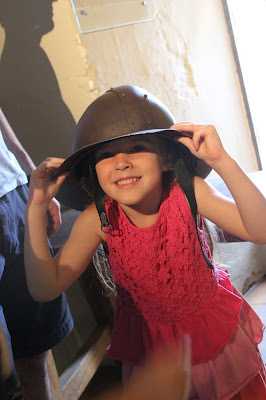 I think they were a little big....

Then we went to some "touching" exhibits.  This one said "who is trying to steal some gunpowder?  Put your hand in to find out"

So, of course they did, and to Eva's delight there was a (stuffed) rat in there!!

(seriously, she was delighted.  I was a little horrified) 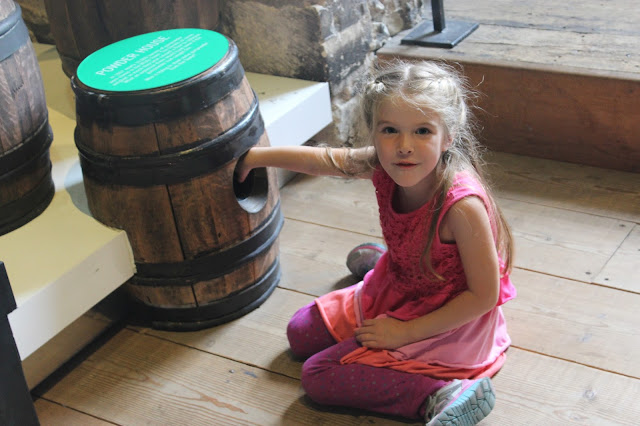 In slightly less horrifying displays, the kids got to touch some weapons 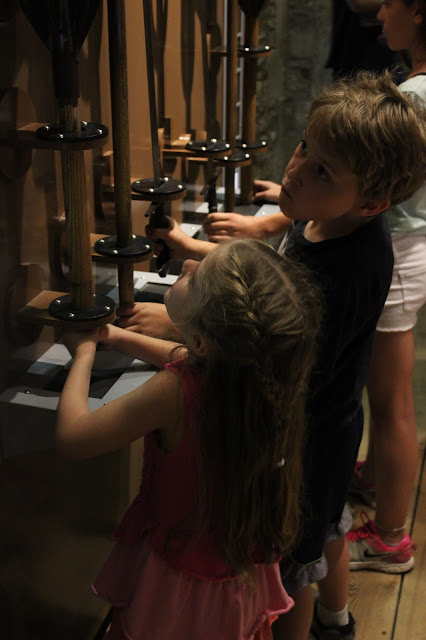 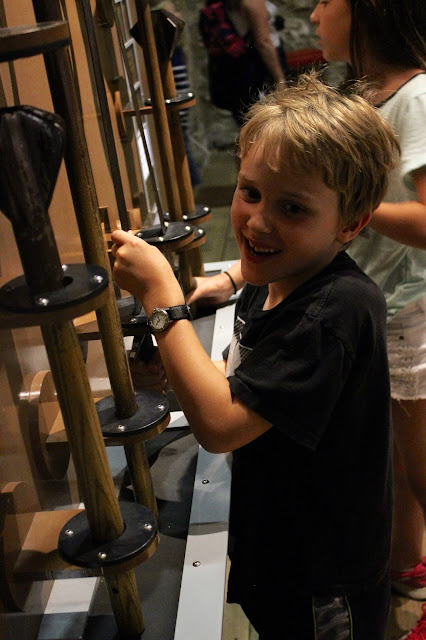 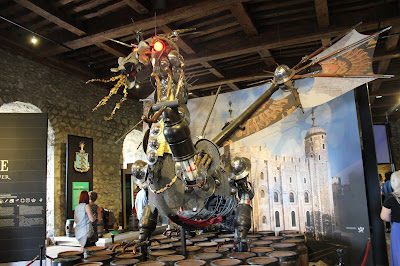 We then went to view the crown jewels, which were pretty cool.  We weren't allowed to take pictures in there but I did one of this guy at the top of the facade... 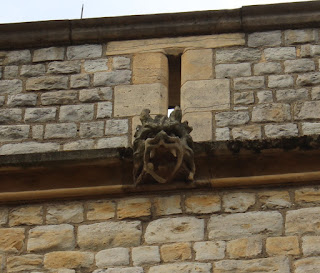 And a pretty good view of the tower bridge... 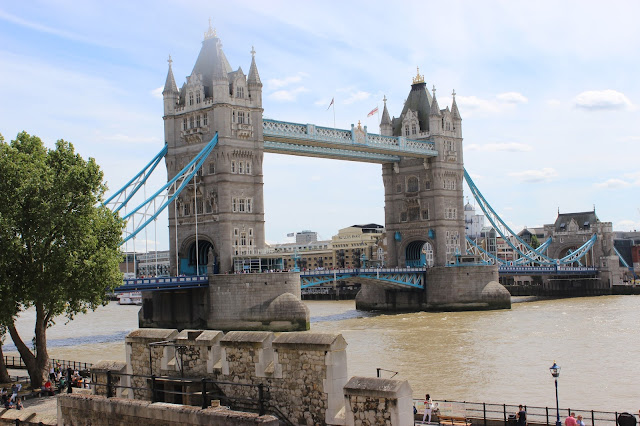