This morning we met some friends at the Philadelphia Zoo. It was very very crowded because apparently no one works on good Friday, they all go to the zoo. At any rate, I was able to get just a few pictures of Noah frantically pointing out the monkeys. 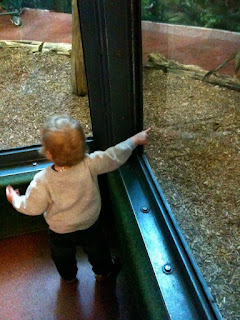 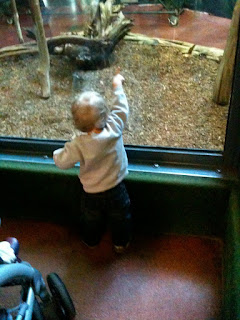 Shortly after this he turned to me and started frantically signing "please." I told him sorry, I can't put you in there with the monkeys.

After the zoo we came home and had a snack. This part of the day was not particularly exciting but I include this picture due to exceptional cuteness. 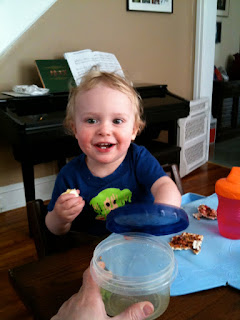 Then in the afternoon, we were back outside, on the playground. 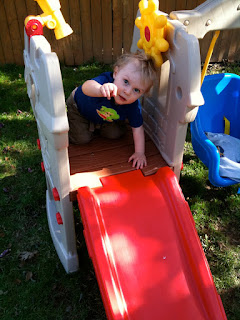 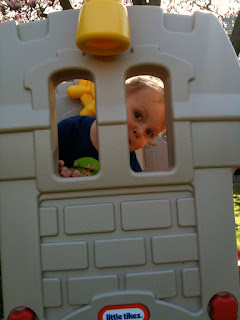 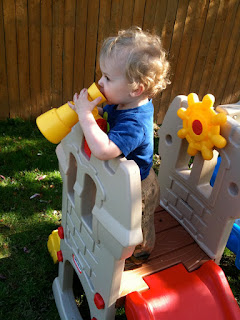 The tree has bloomed. 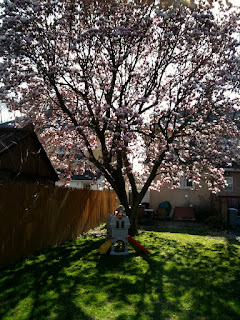