After two nights in Vik we hit the road back west 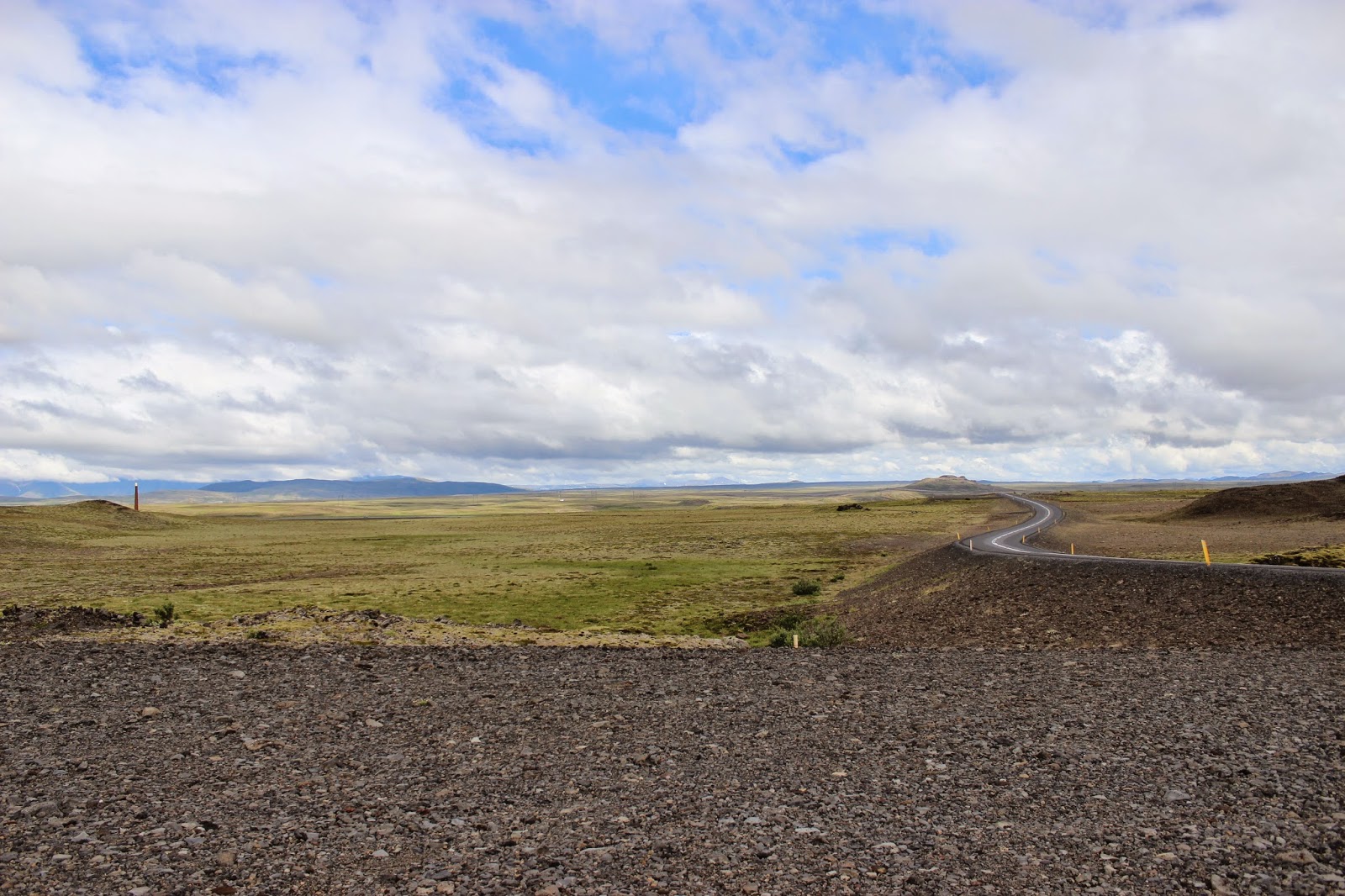 I am not sure I have mentioned our spectacular rental car for this trip.  Rented from a company called Sad cars, it was a little sad, quite dented, the check engine light was on the entire time, and we loved it. 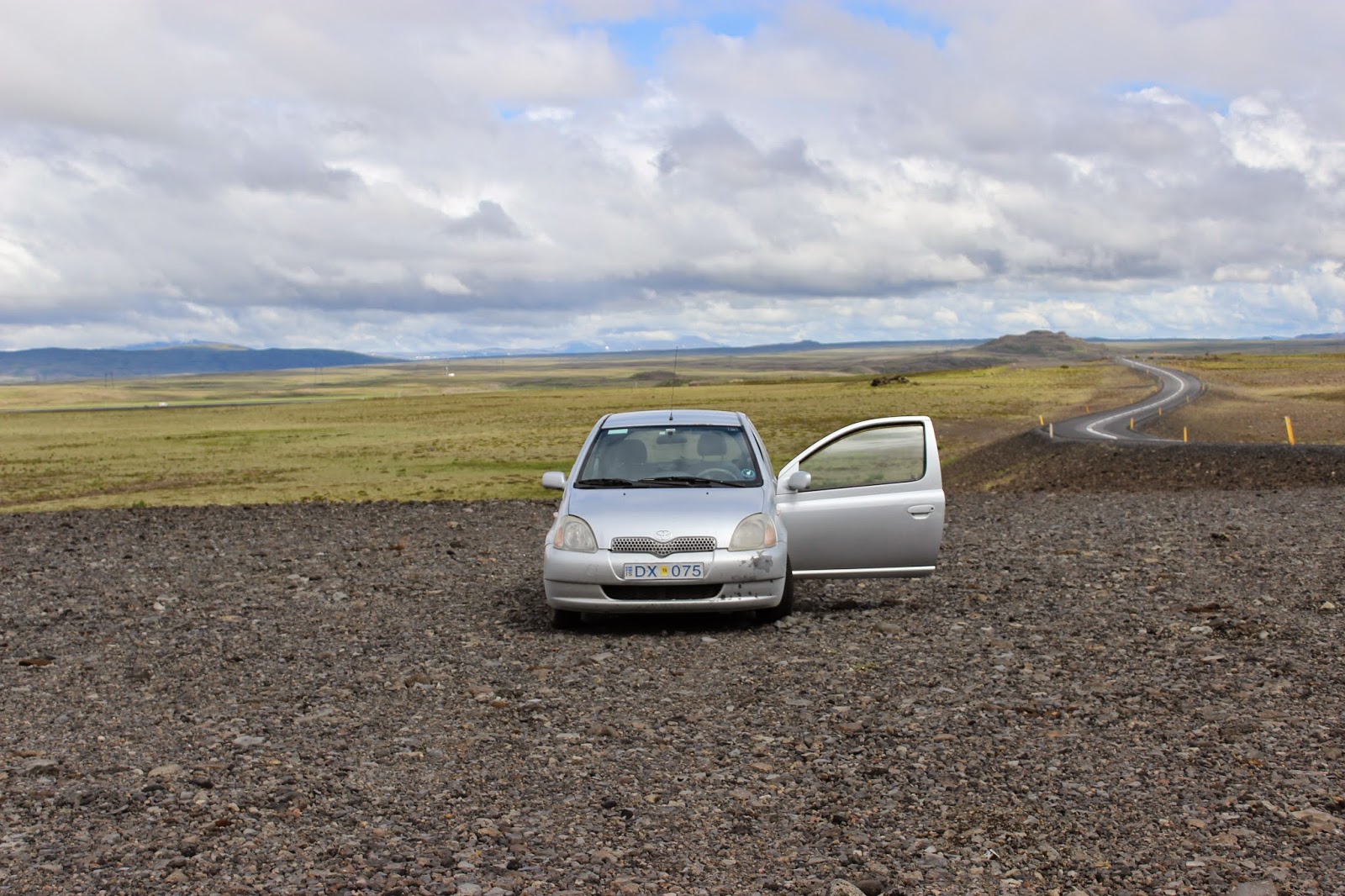 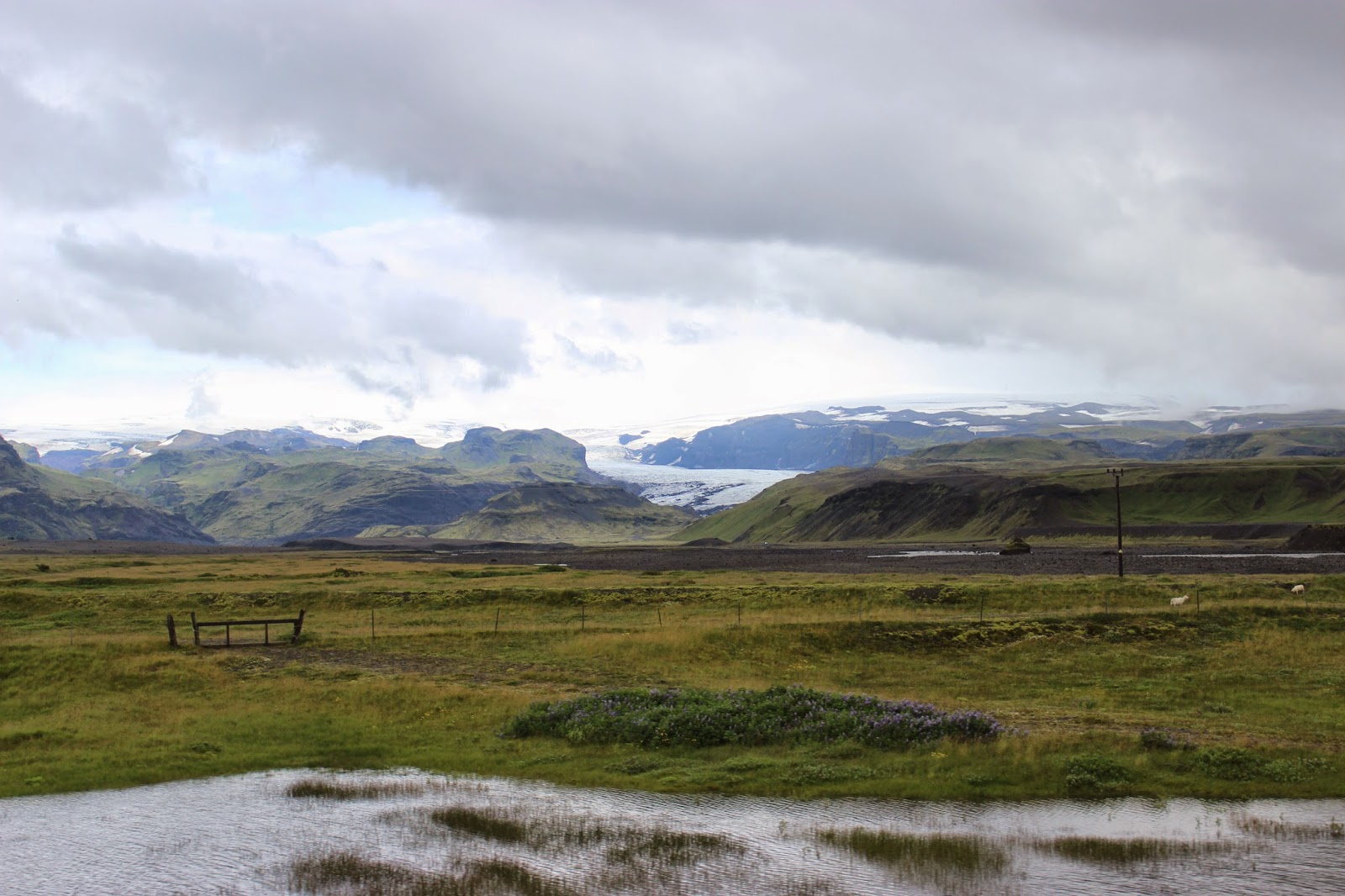 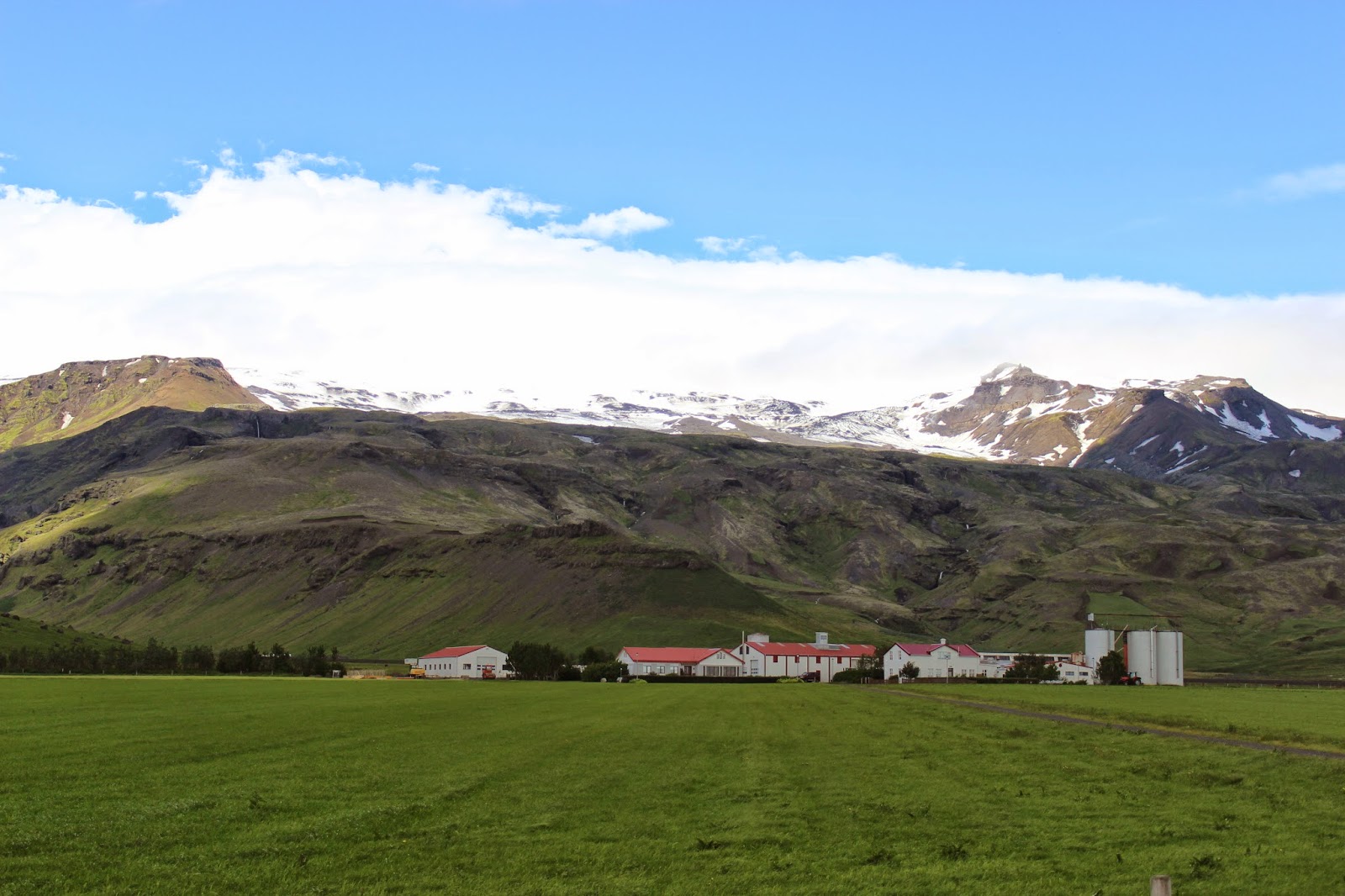 There were actually several farms like this, cradled into the shadow of the mountains at the edge of the plains.  If I understand correctly the mountain provides a bit of a shadow from the weather and also the floods.  Of course, when the volcano erupts they have a series of other problems.  The volcano that erupted in 2010 and caused all of the air traffic problems in Europe is called Katla, and is located under the glacier above the farm in the picture above.  On the plane on the way home I watched a documentary called Ash that followed this farm and a few others in the aftermath.

Can you imagine living at the foot of an active volcano?  That happens to be located under a glacier?

We continued down the road until the landscape became more lava-like. 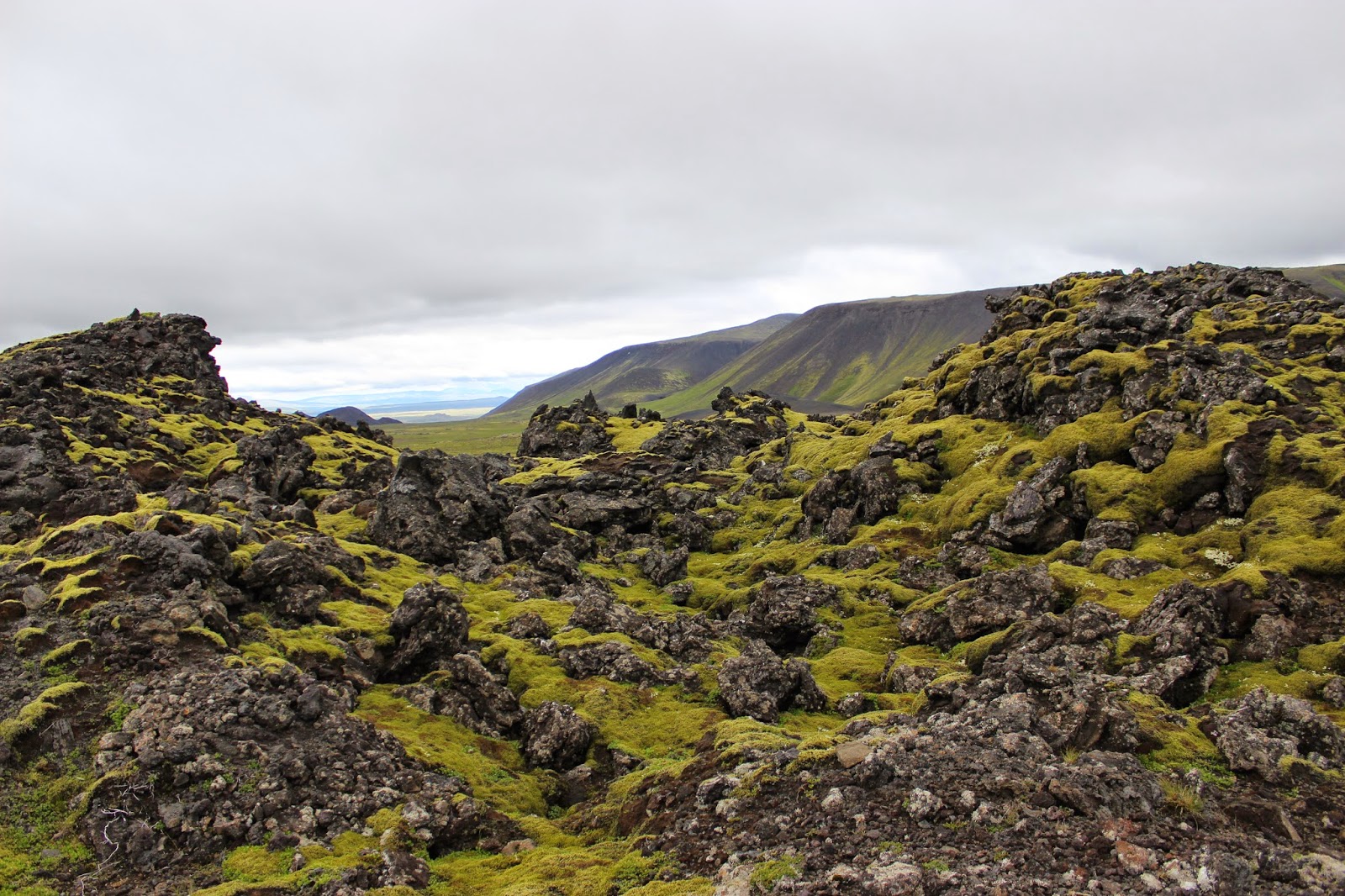 And then there was a small parking area with a sign that denoted the giant crater.

Oh, looking to the left, there it is. 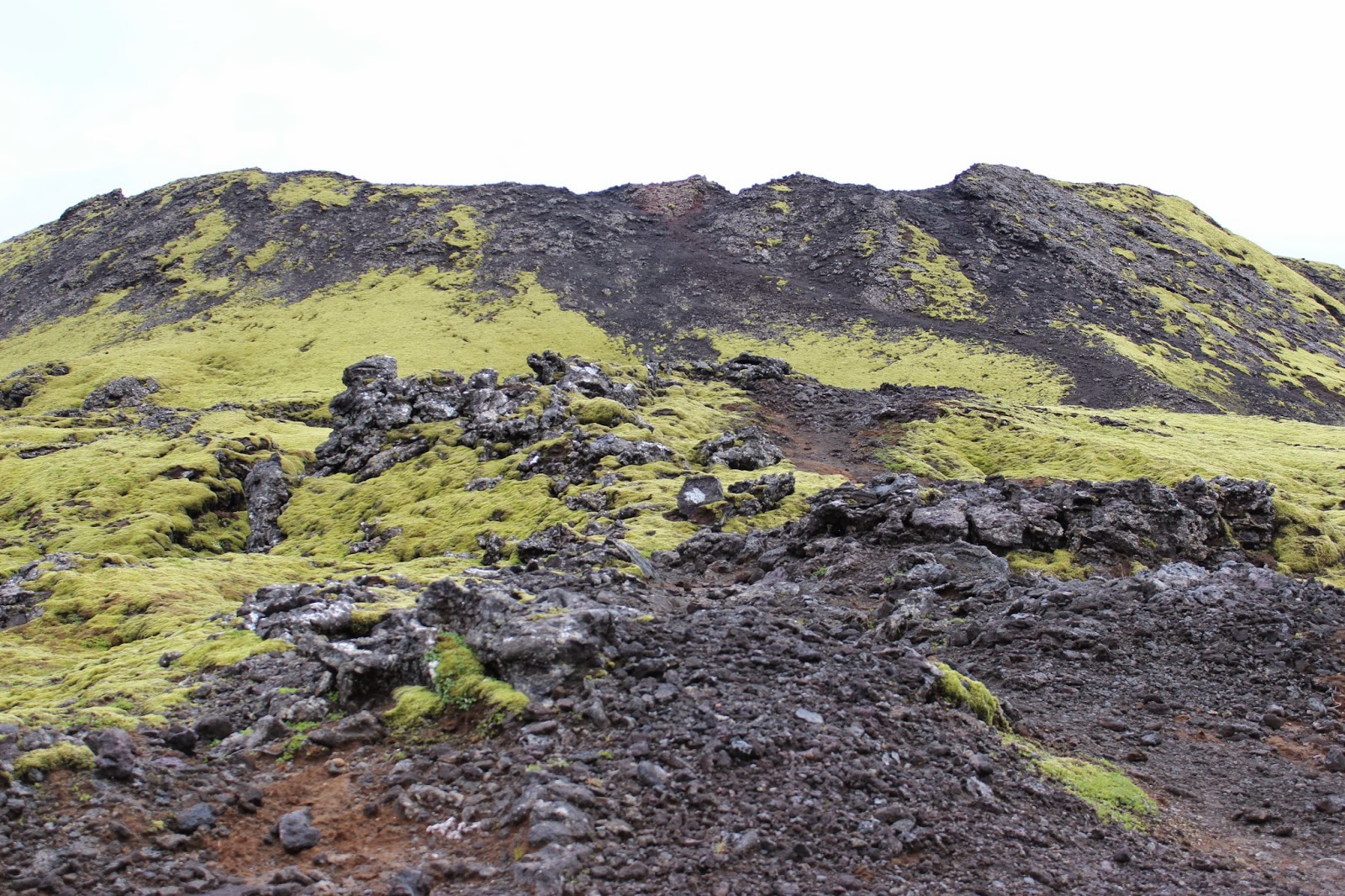 We walked up to the top of the walls and yup, it's a crater. 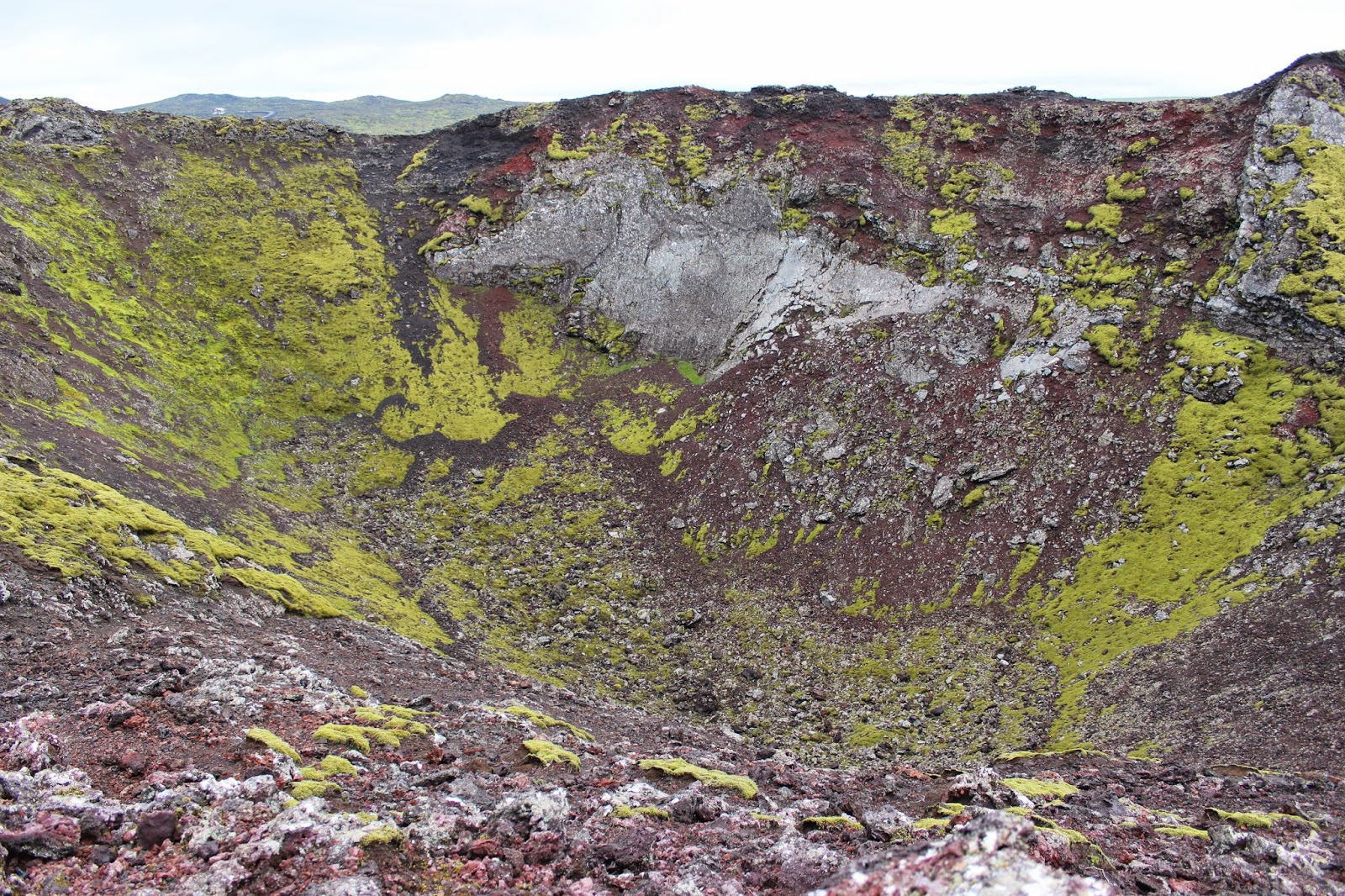 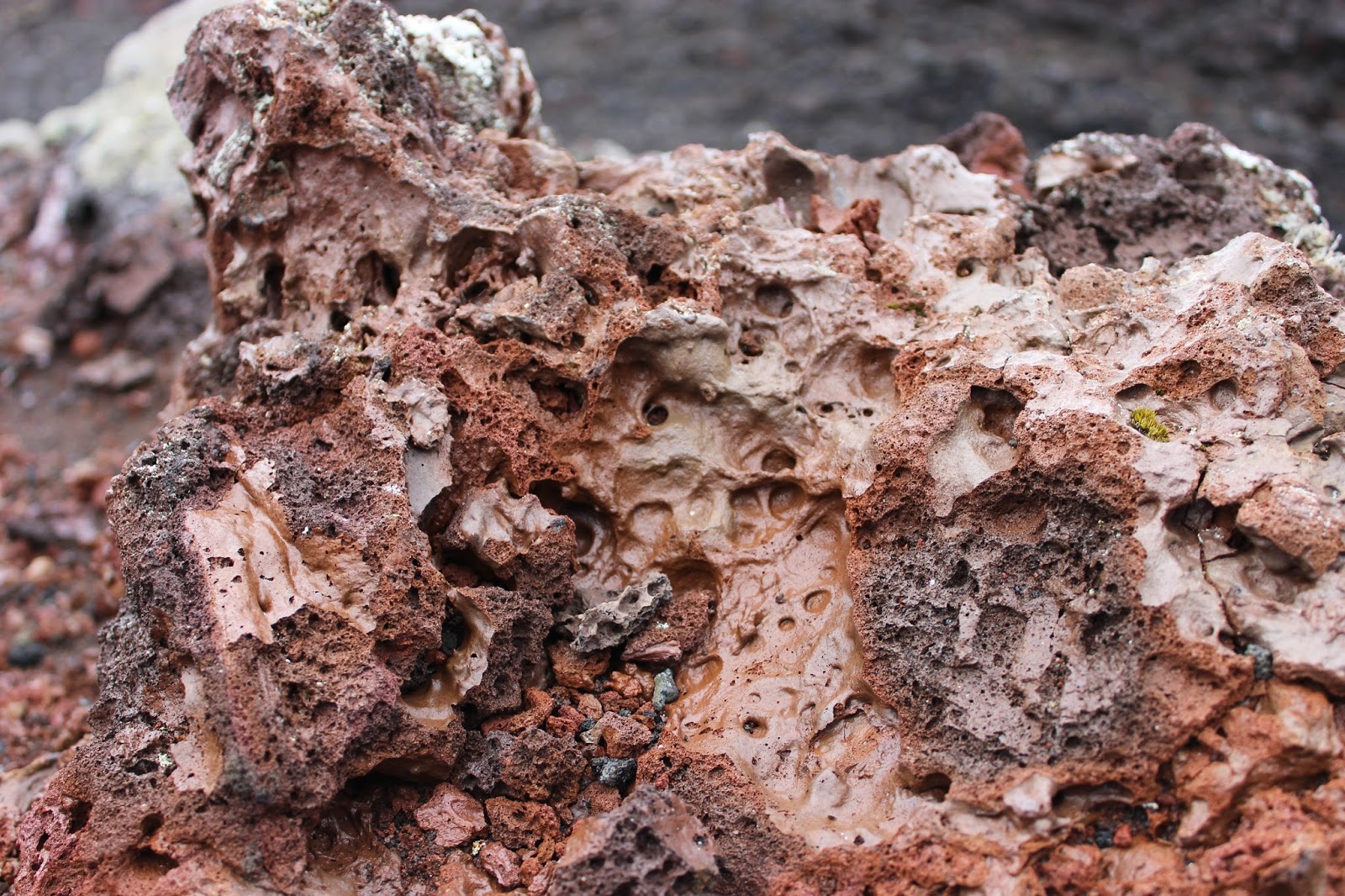 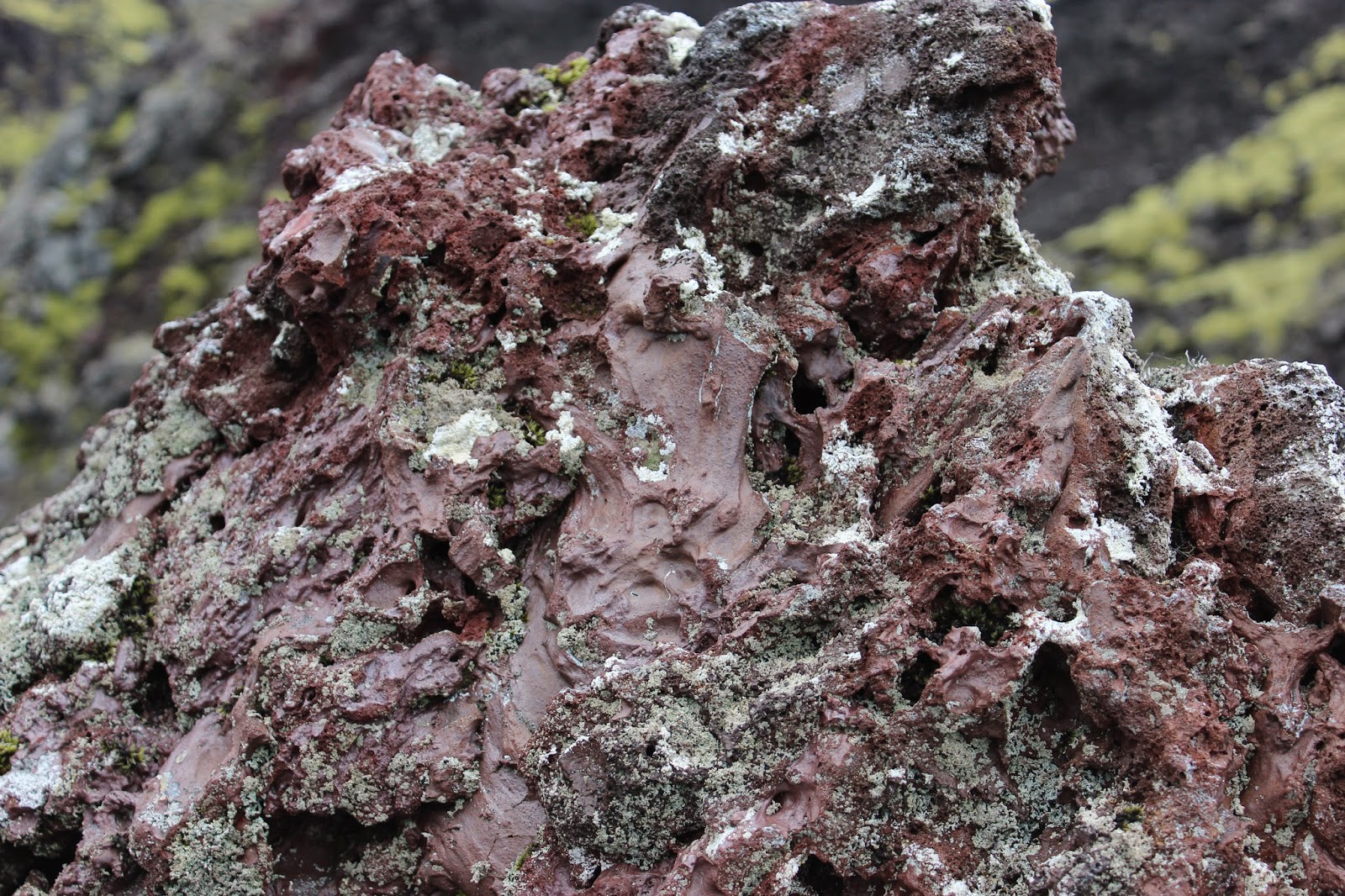 It looks more like some kind of ice cream sundae than hard rock, huh.

The view from the crater wasn't bad either...

Up to the mountains... 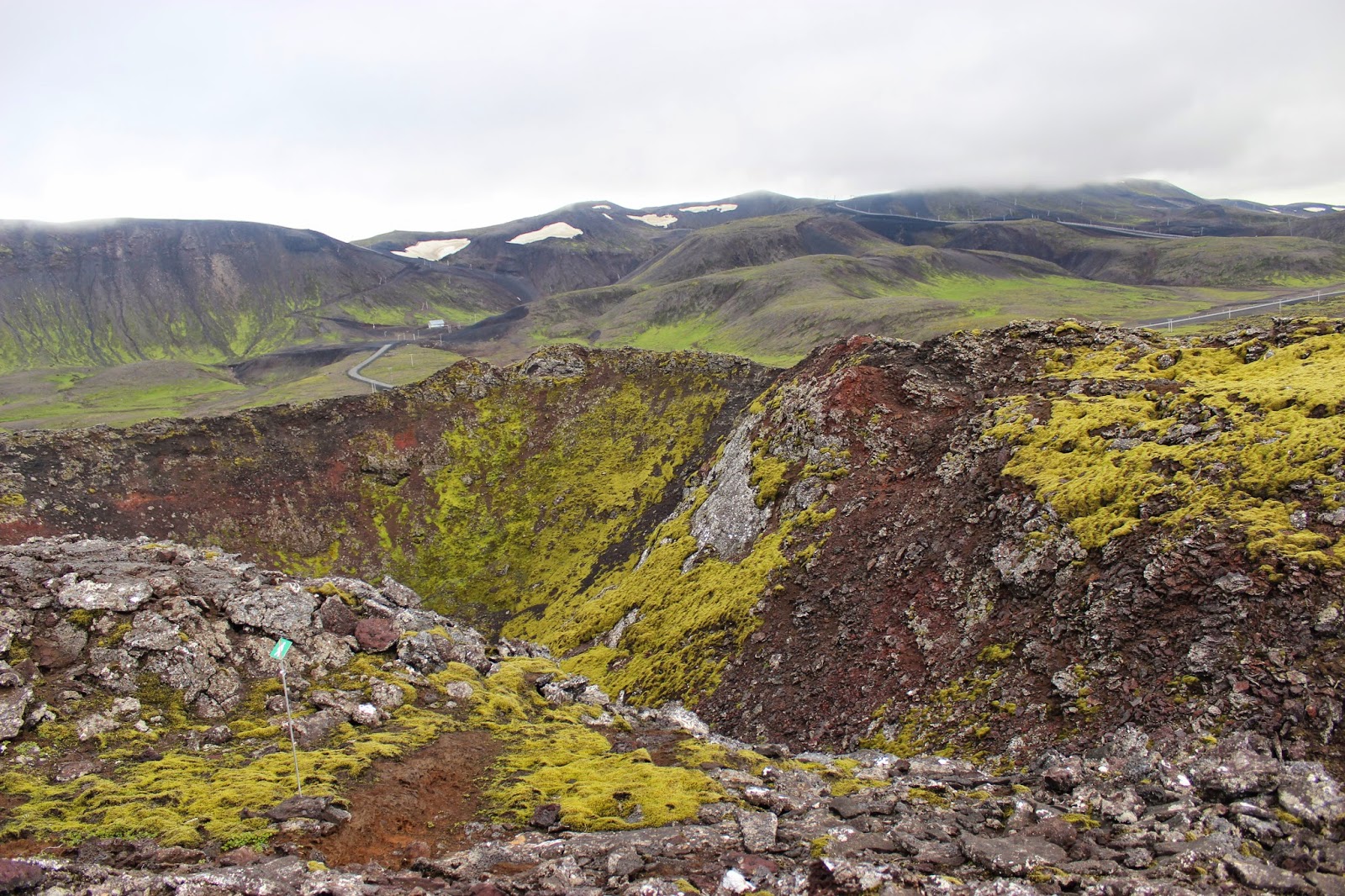 back over the lava fields towards the coast... 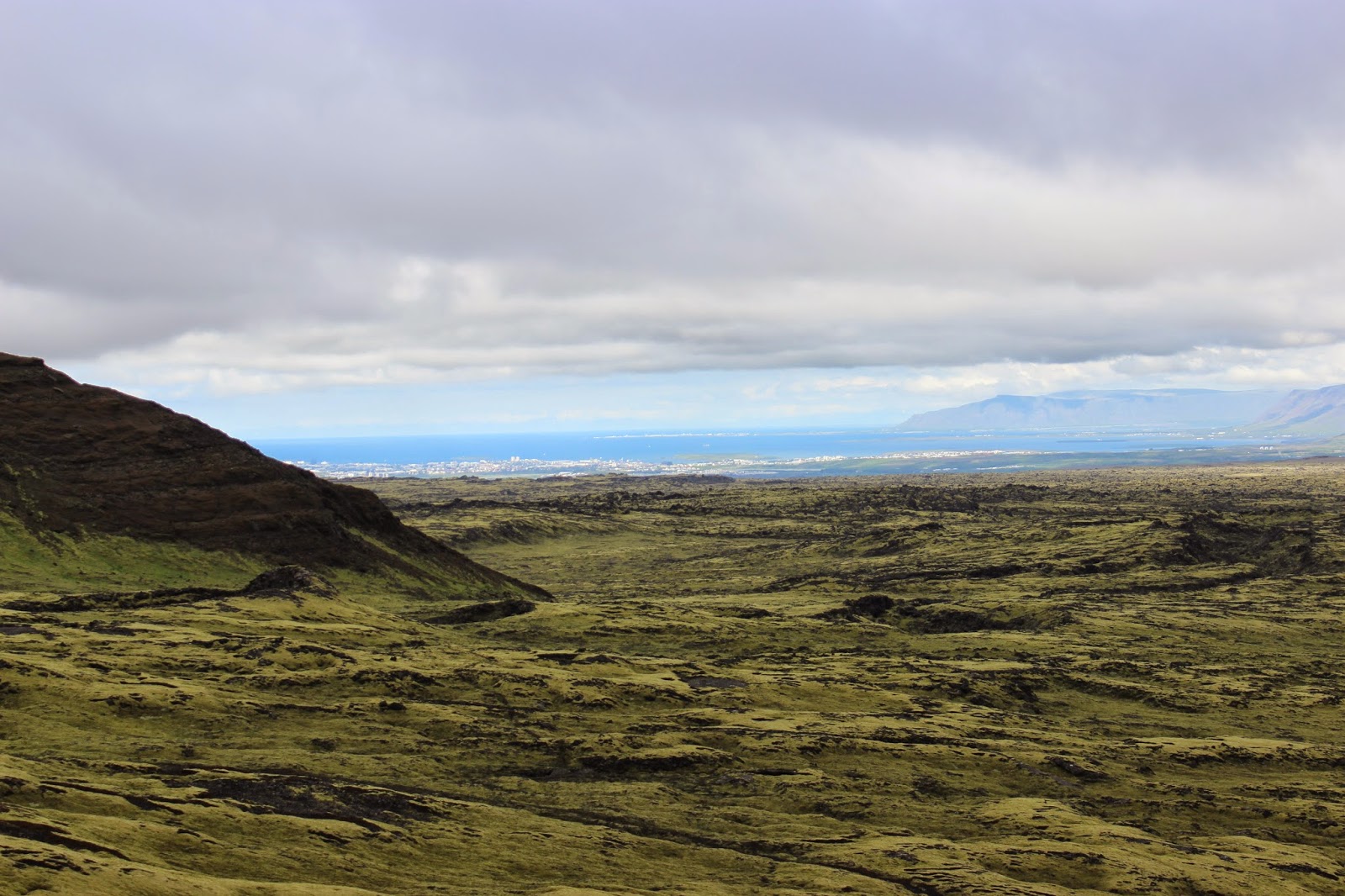