Iceland: Inside the Volcano

The craters in the previous post were all right by the Thrihnukagigur Volcano.

After checking out the craters, we met up with our group for the inside the volcano tour.  We set out across the lava fields toward the "Three Peaks Crater" (Thrihnukagigur).  The moss-covered lava fields were pretty impressive.  They had put down a gravel path for us to walk to keep the tourists from destroying the moss.   It was a beautiful day and you could see the clouds and steam rising from the moss. 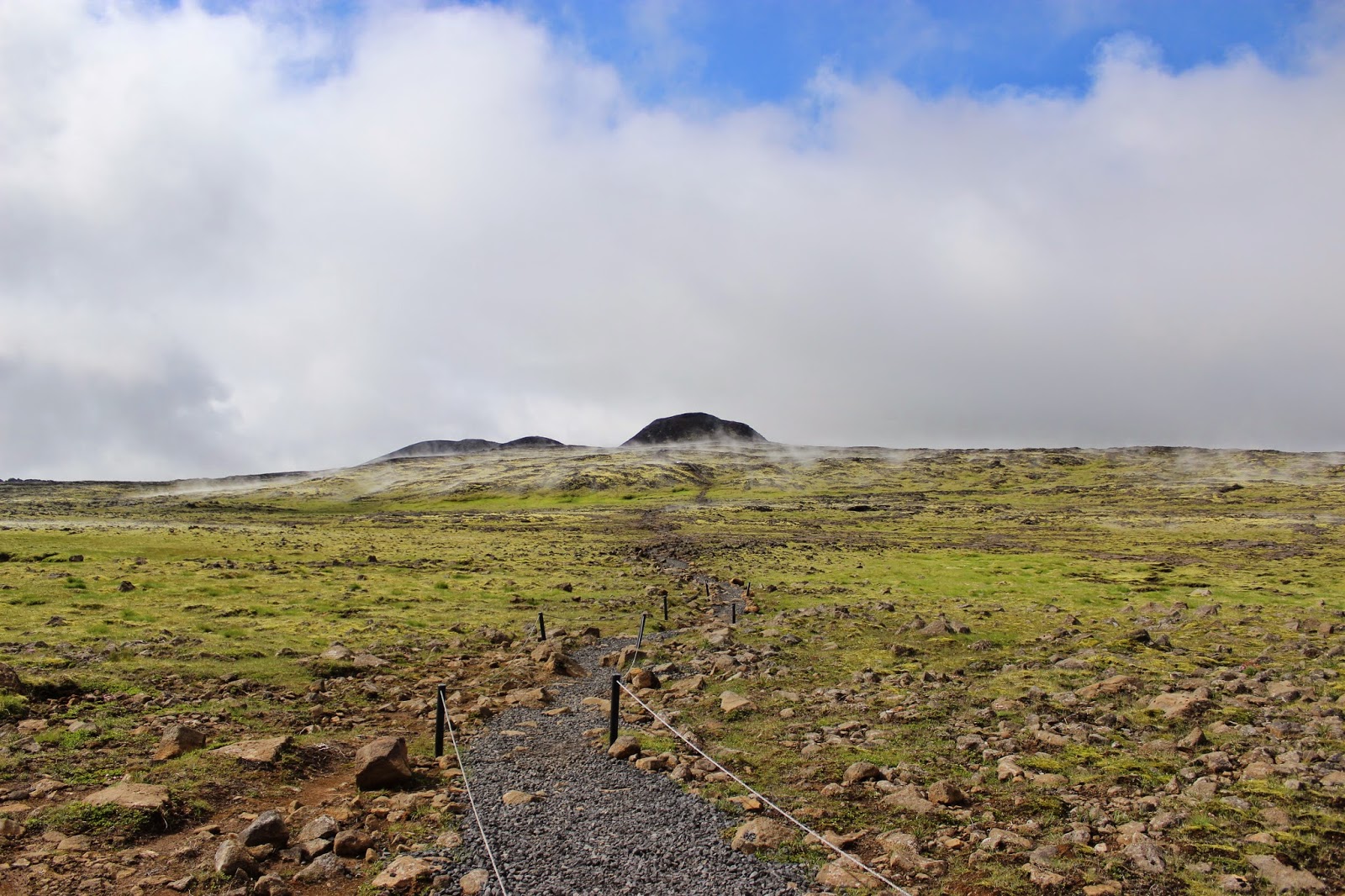 Along the walk, we saw a bunch of small caves, where the lava solidified around some bubble 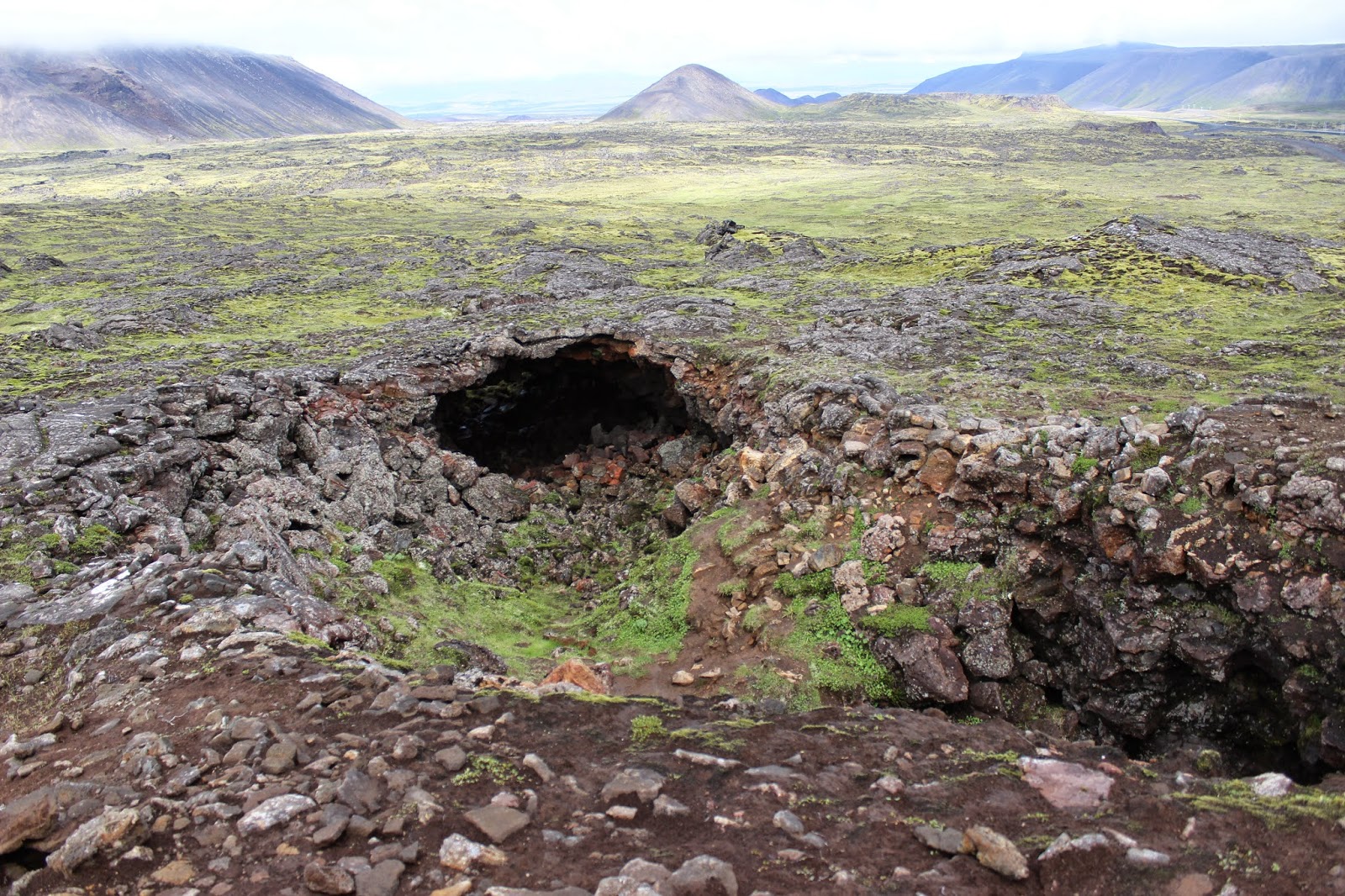 Once we got to the top, we waited our turn in the small base camp, then suited up for our decent 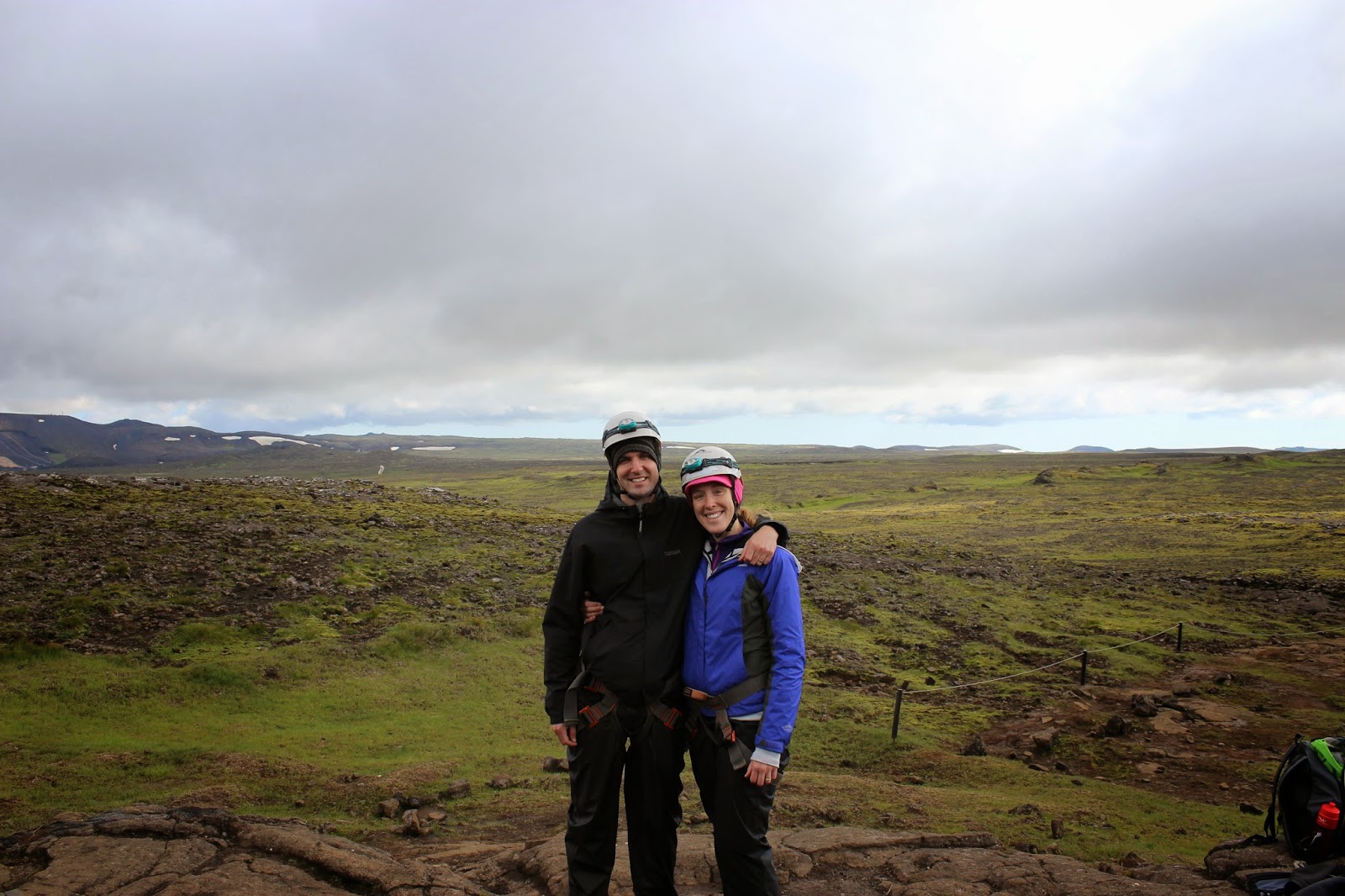 bring on the volcano!

(By "decent," I mean riding the lift down into the volcano) 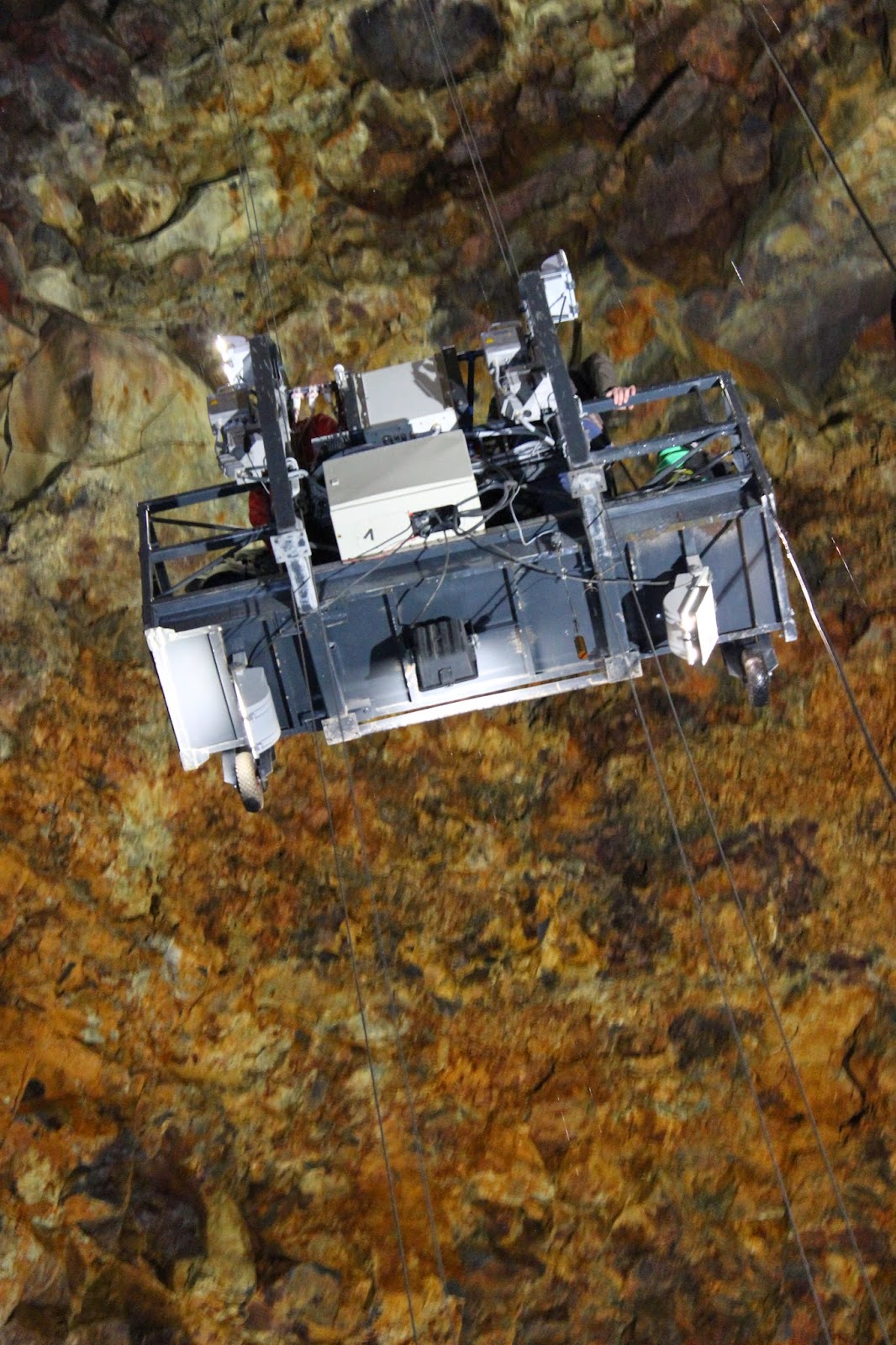 Once the lift reached the bottom, they just let you walk around the chamber and climb around the rocks.  It was spectacular.  When this volcano erupted, the magma chamber emptied very quickly, allowing the chamber to be retained without collapsing and causing the rock surfaces to be glazed in spectacular colors. 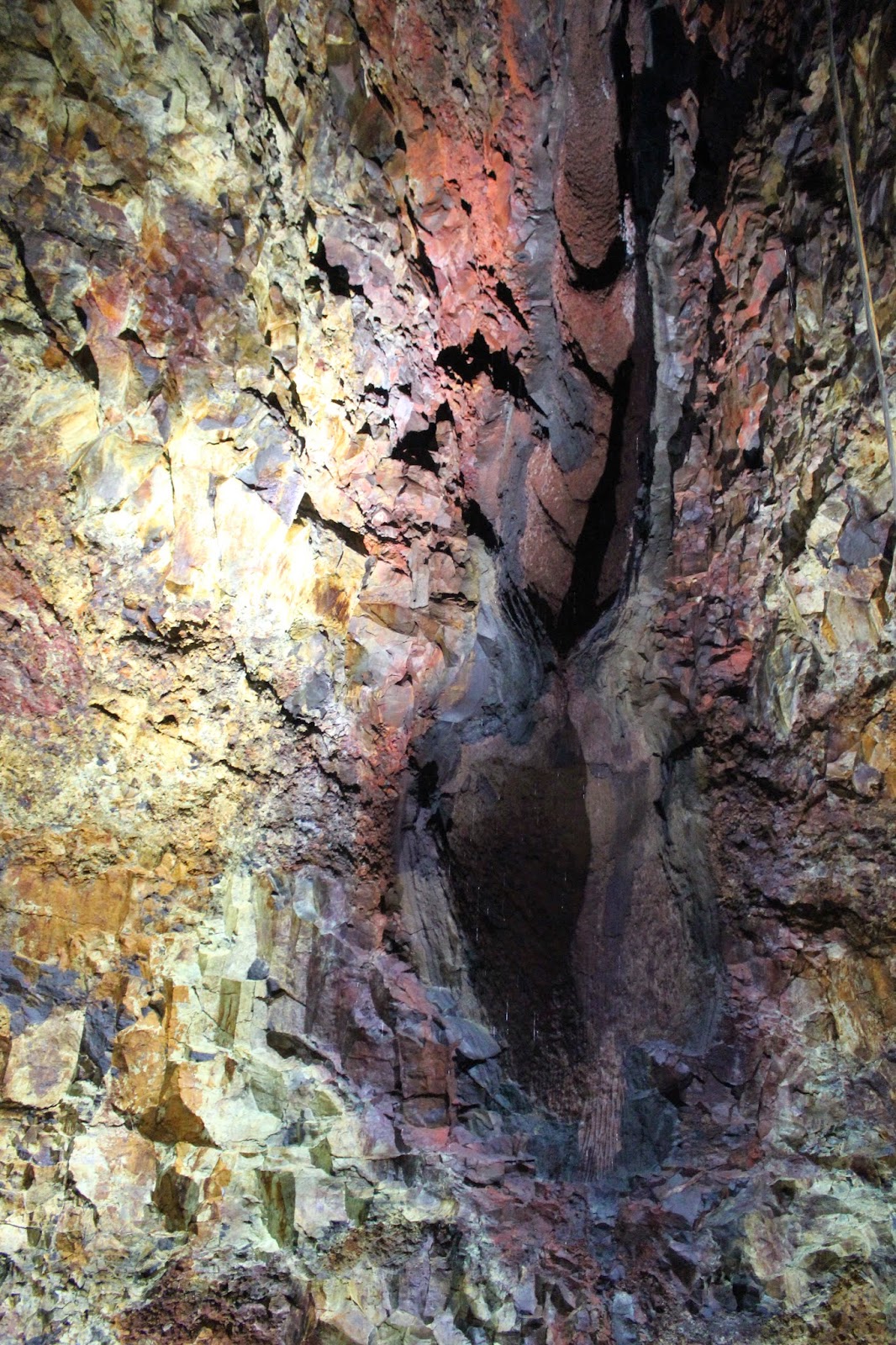 Yeah, seriously.  Can you believe this place is real? 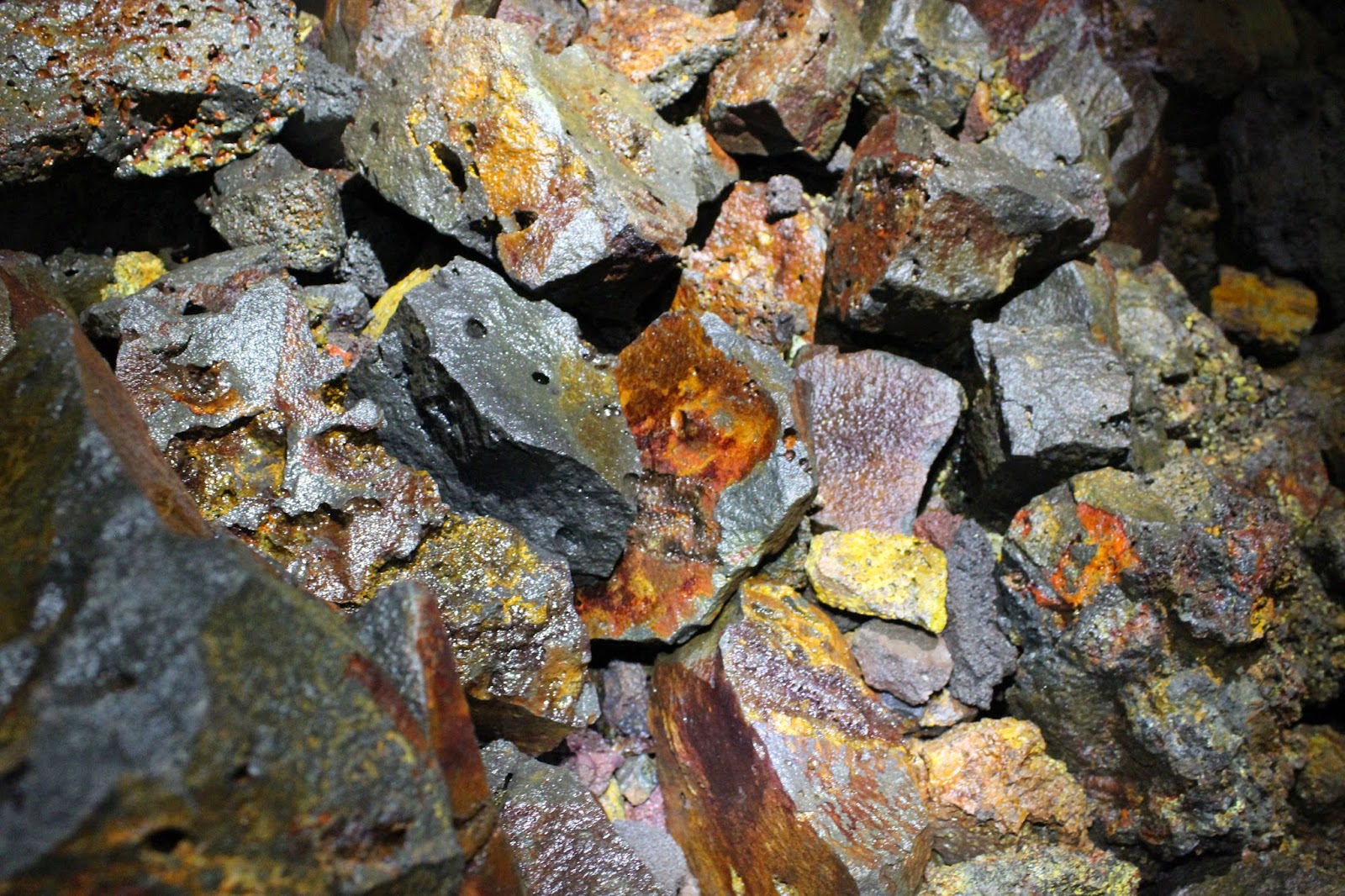 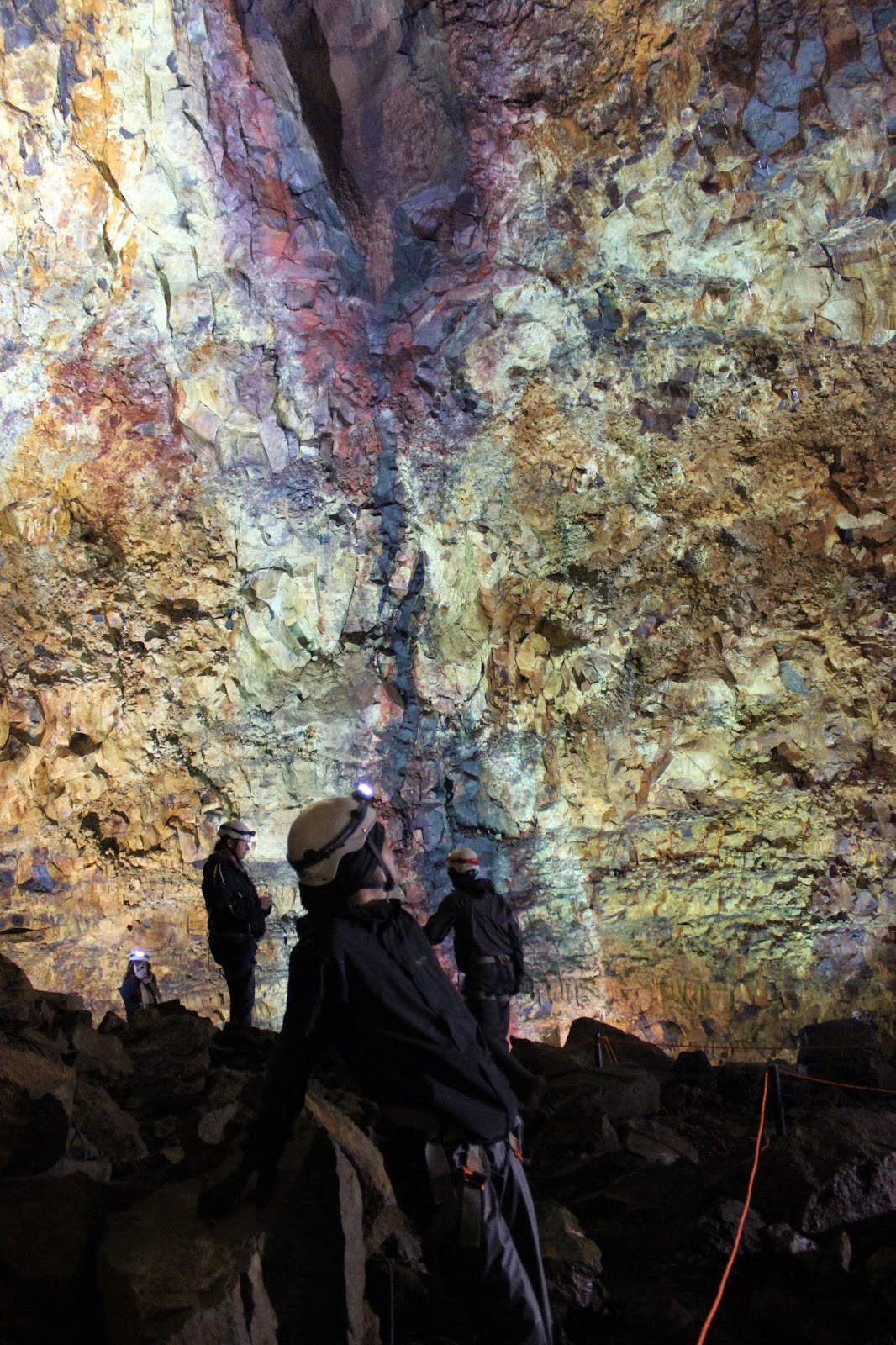 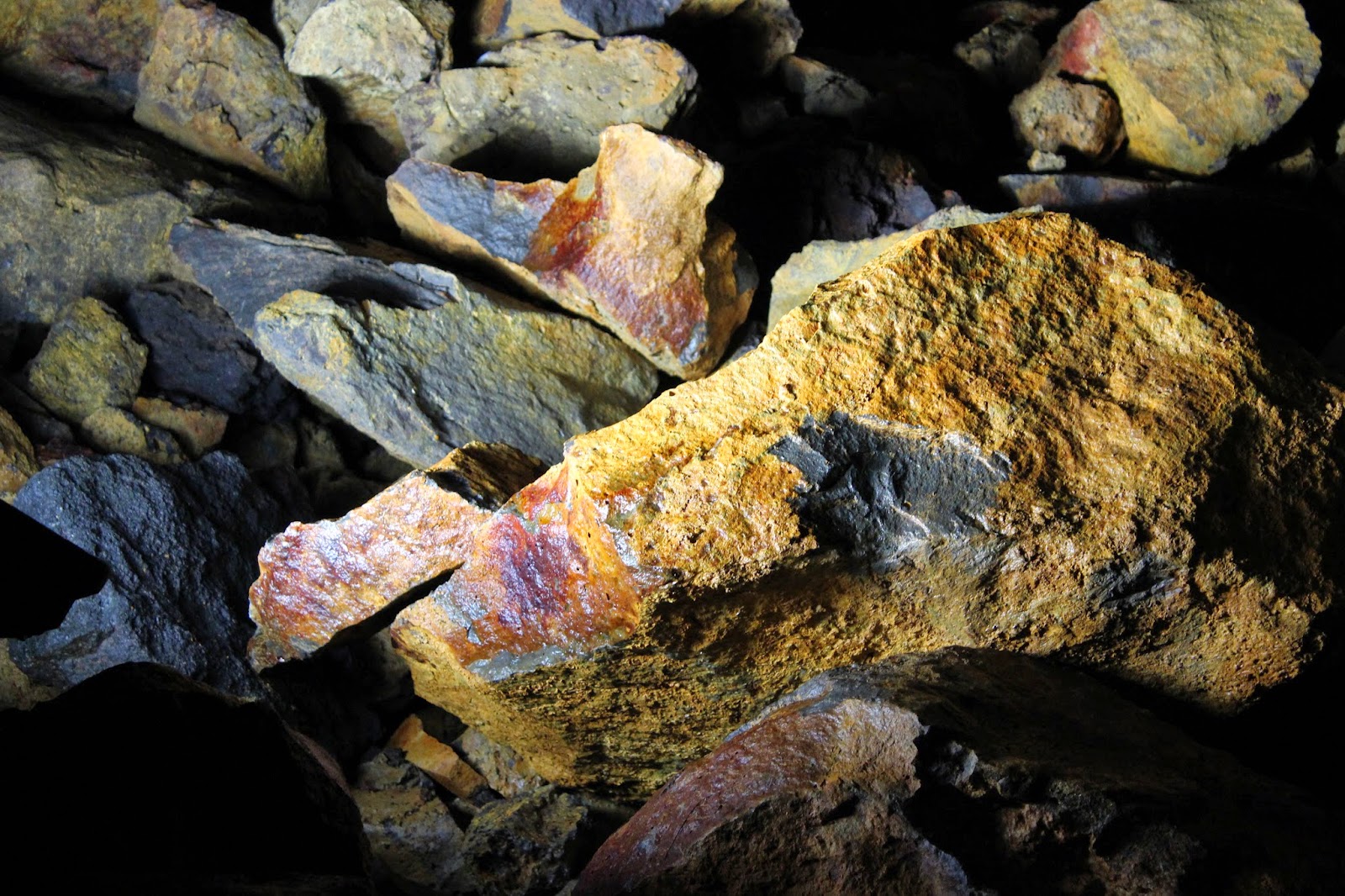 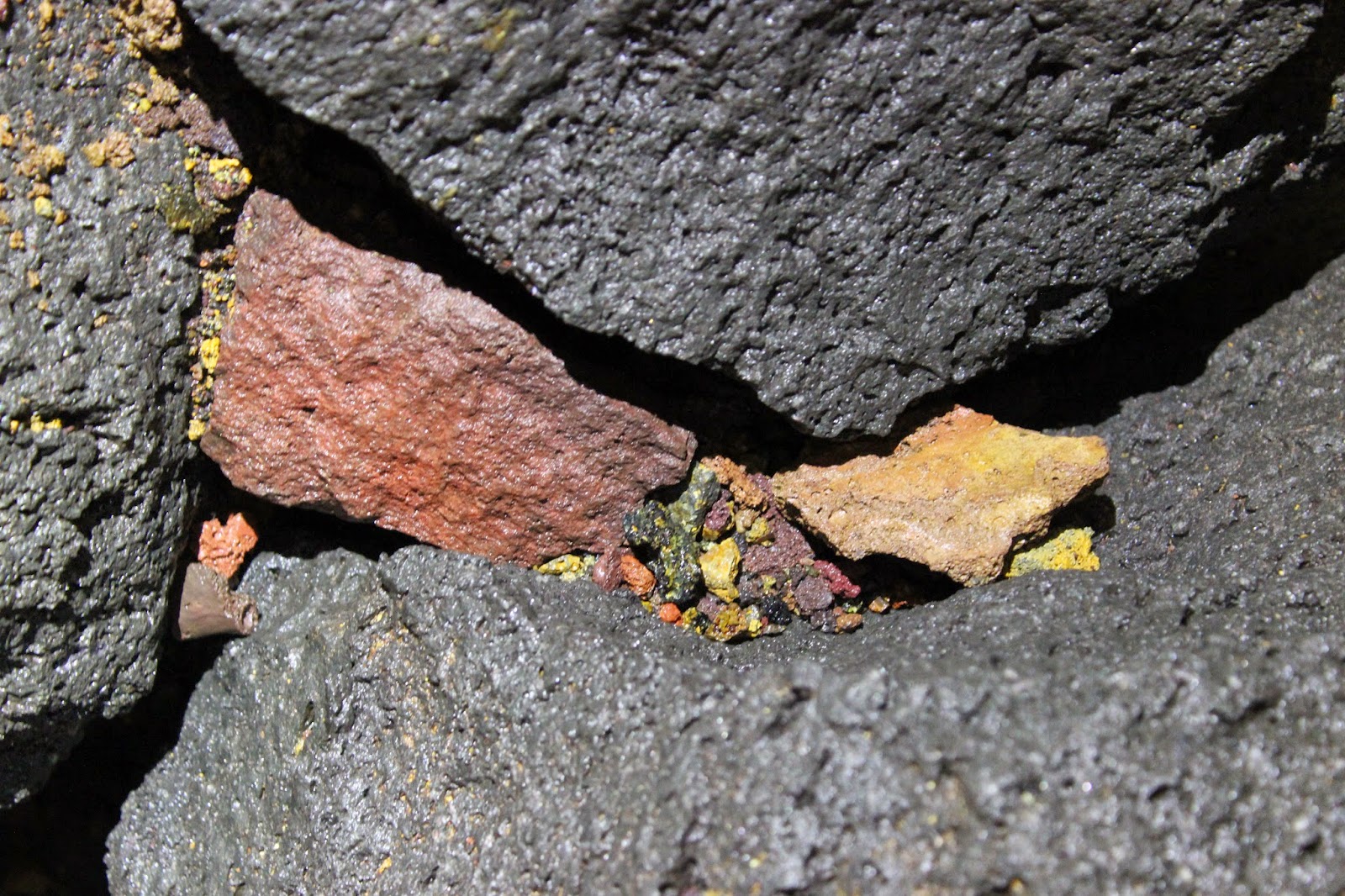 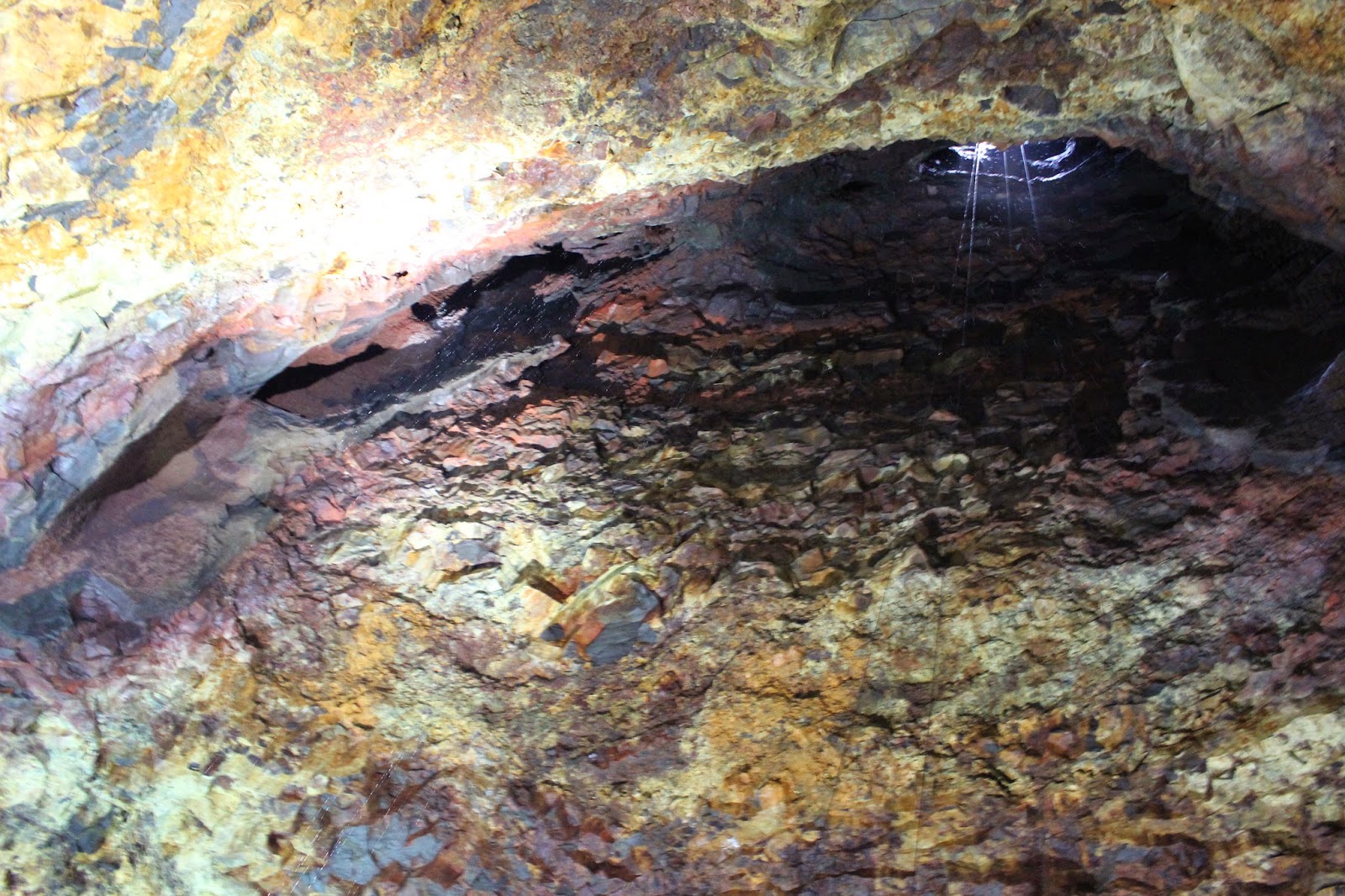 It was actually very difficult to take pictures inside the volcano because it was so dark (I have lots and lots of out-of-focus or blurry images of the cave and the rocks).  I would recommend checking out the website if you want to see some much better images.