The next day was clear and beautiful 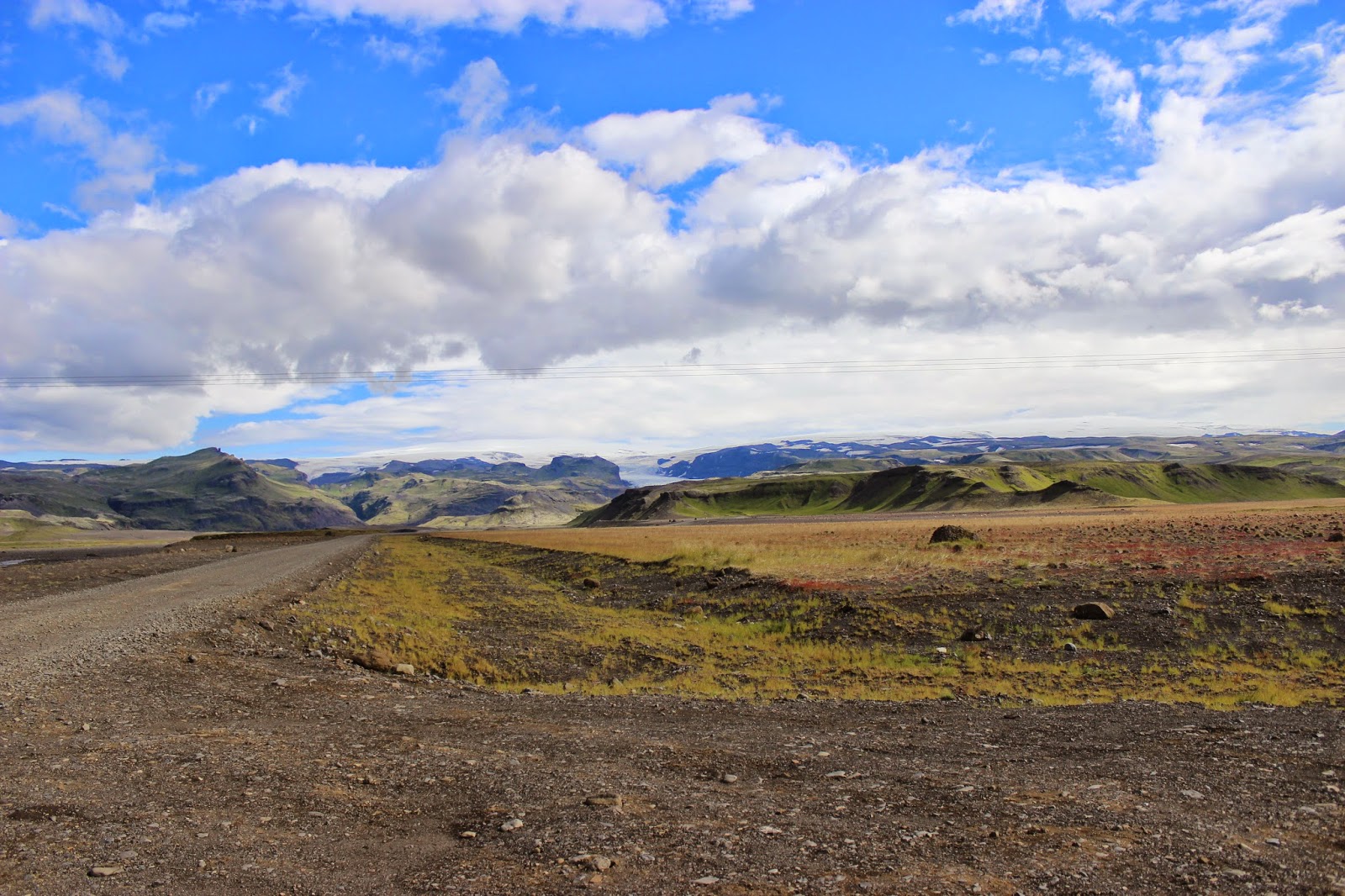 So we went to a glacier. 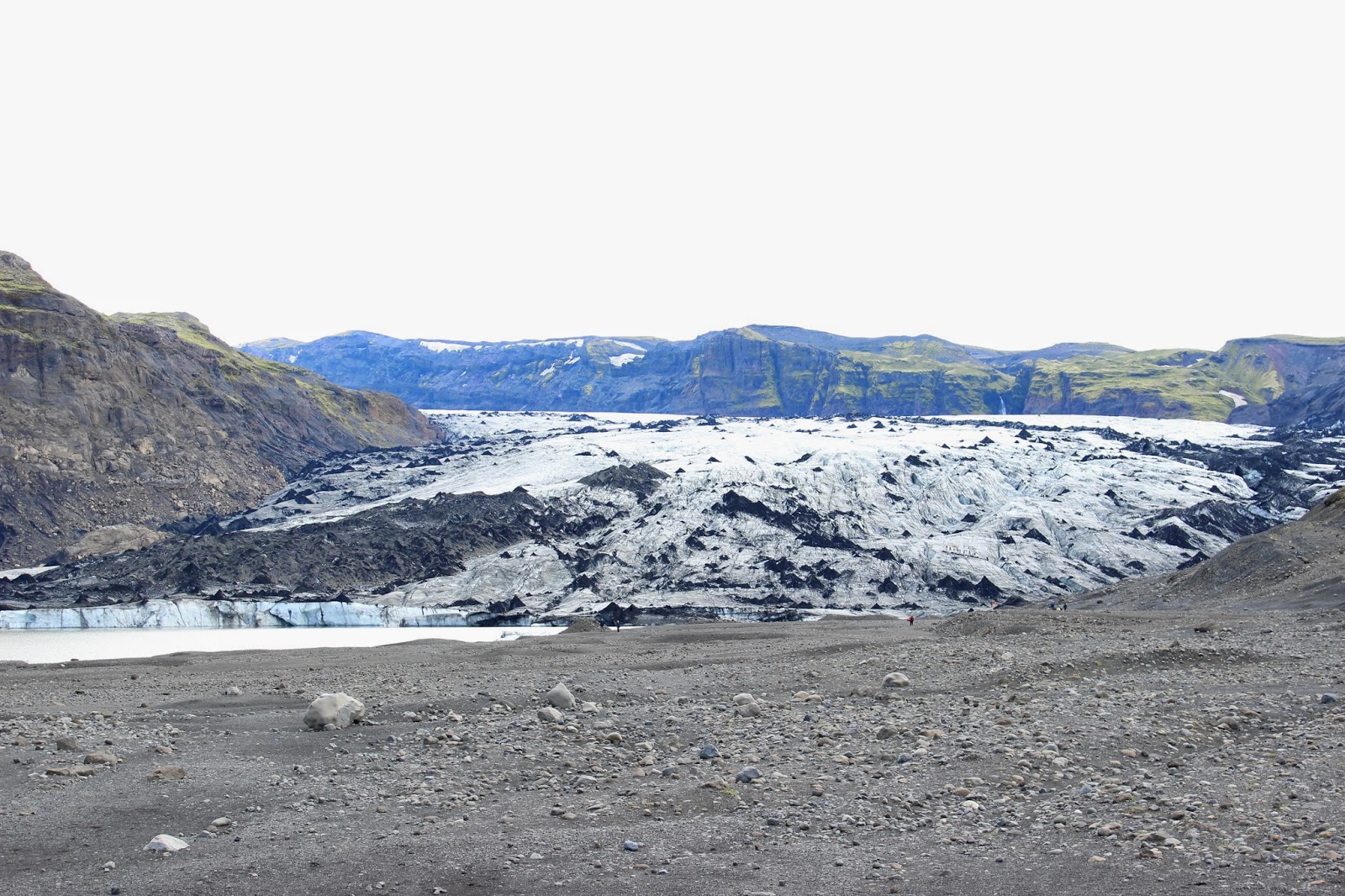 Solheimajokull, to be precise.  It is a little outshoot on the southern side of the Myrdalsjokull icecap Just to be clear, while I am trying to correctly spell the names of all these places for the blog, I absolutely cannot pronounce them.  It is awesome to hear an Icelander or even our Polish glacier guide use the names in passing "back a few years ago when the volcano erupted under Eyjafjallajökull..." and it sound like a reasonable word that I might possibly say someday.  And then I would try myself and it is a disaster. At any rate, Solheimajokull.  We met our guide, strapped on some crampons, and hiked on up. 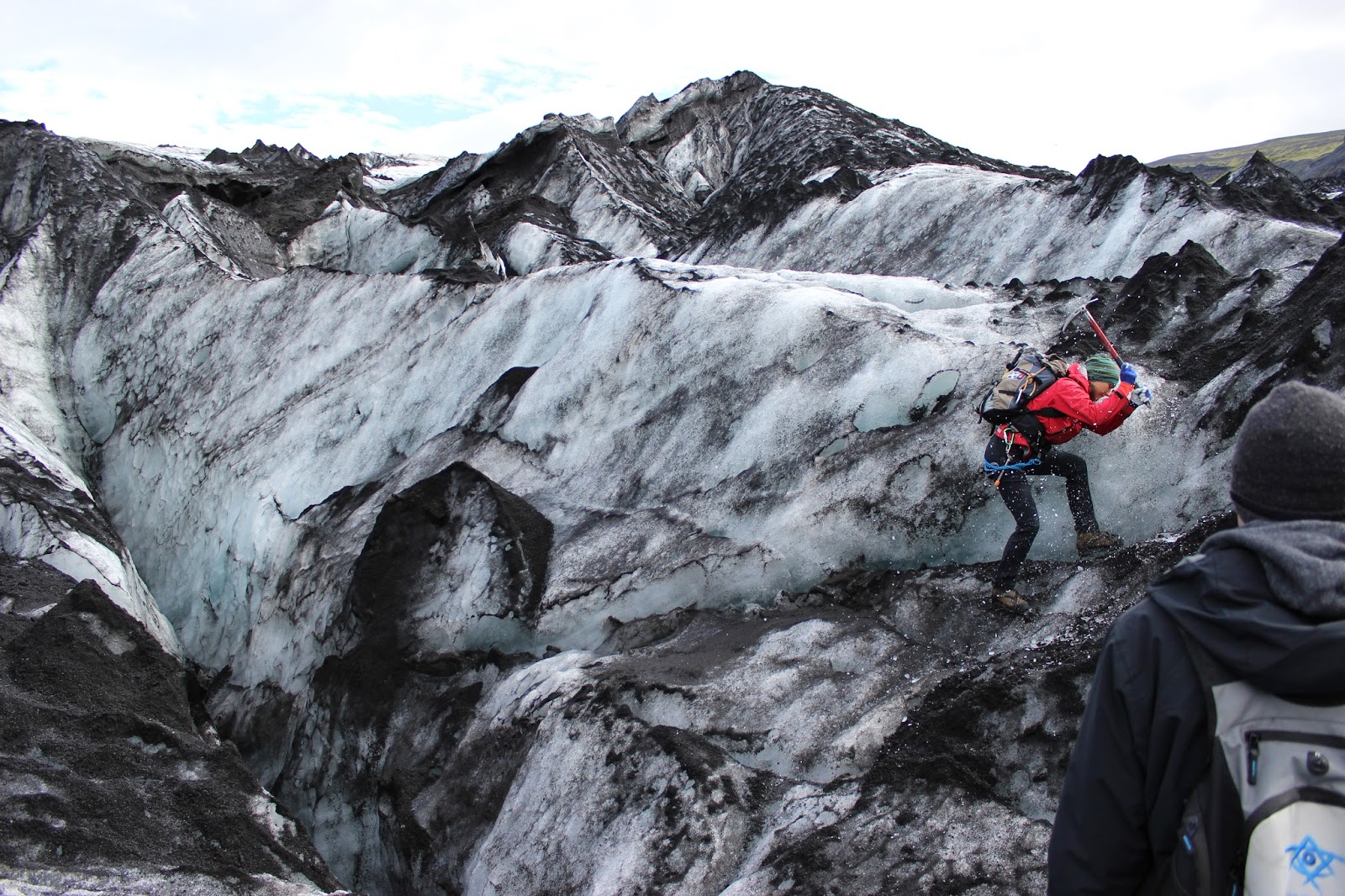 We saw a lot of these black ice cones.  Apparently the debris from the volcano serves to insulate the ice, so the ice under the dirt melts last (resulting in the cones).  Our guide also told us that the early settlers to Iceland were afraid to come up onto the glaciers, because they were convinced these were trolls.  I believe it. 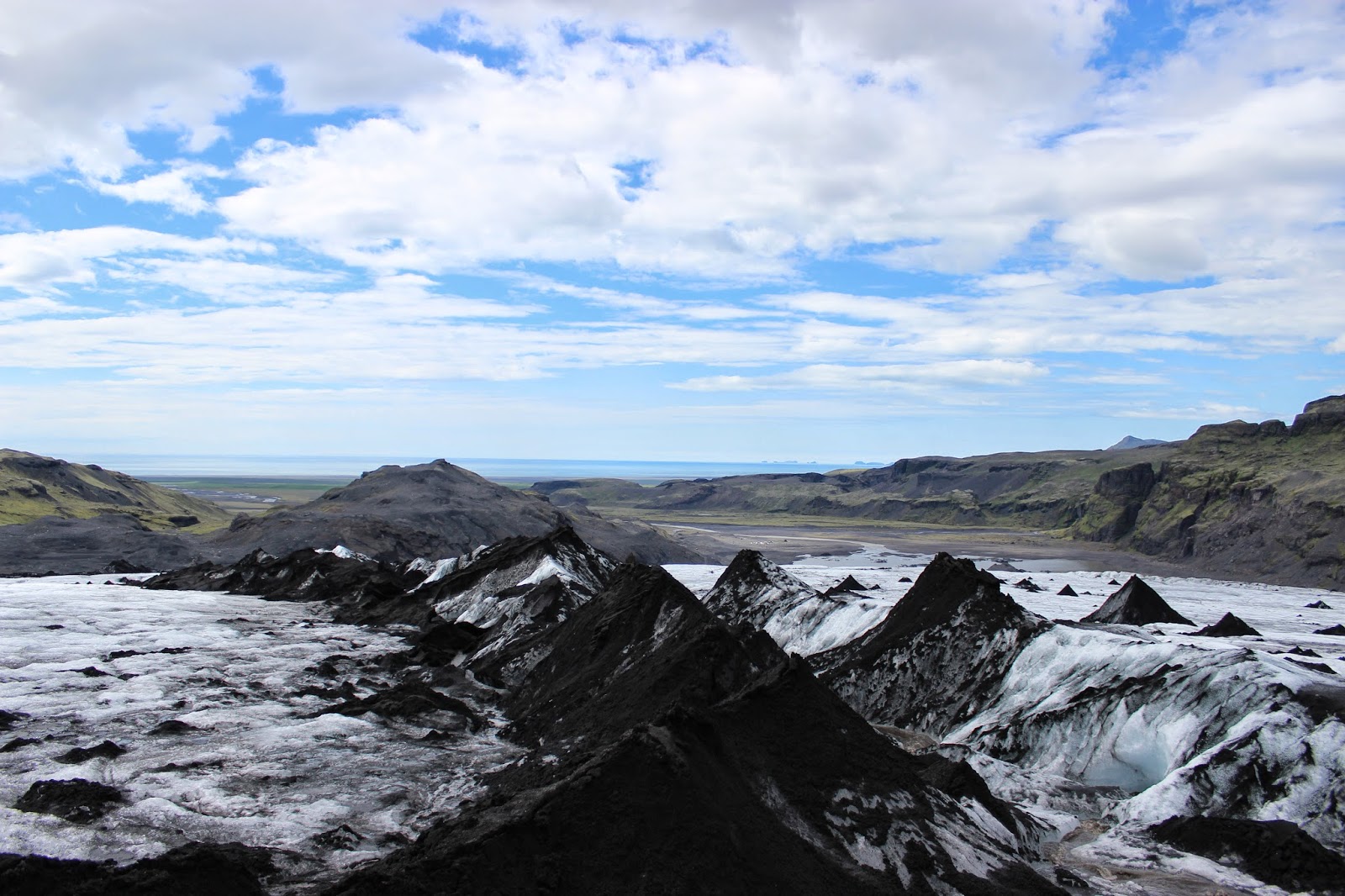 We checked out a cave, 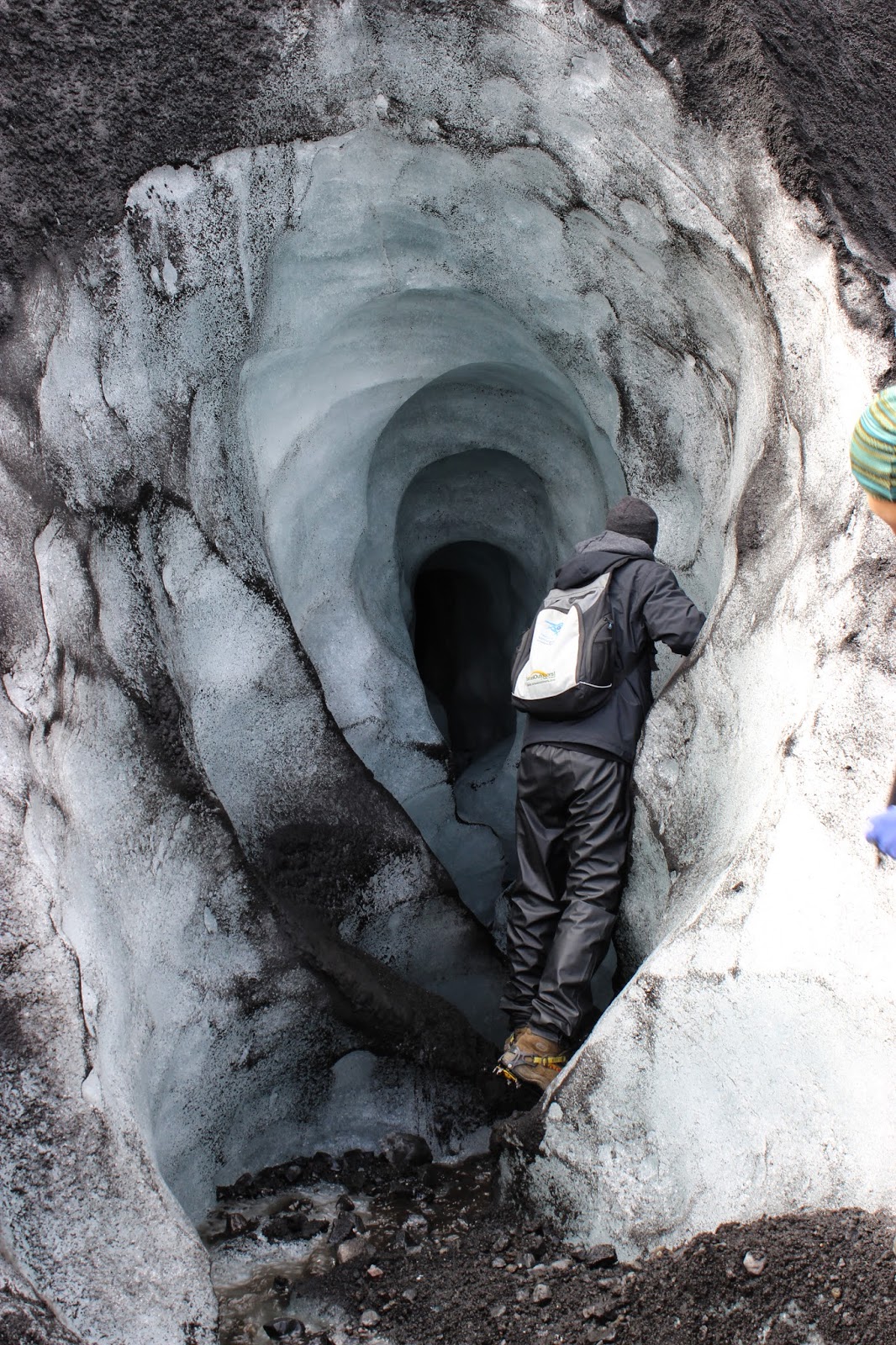 Took a drink from a glacial stream 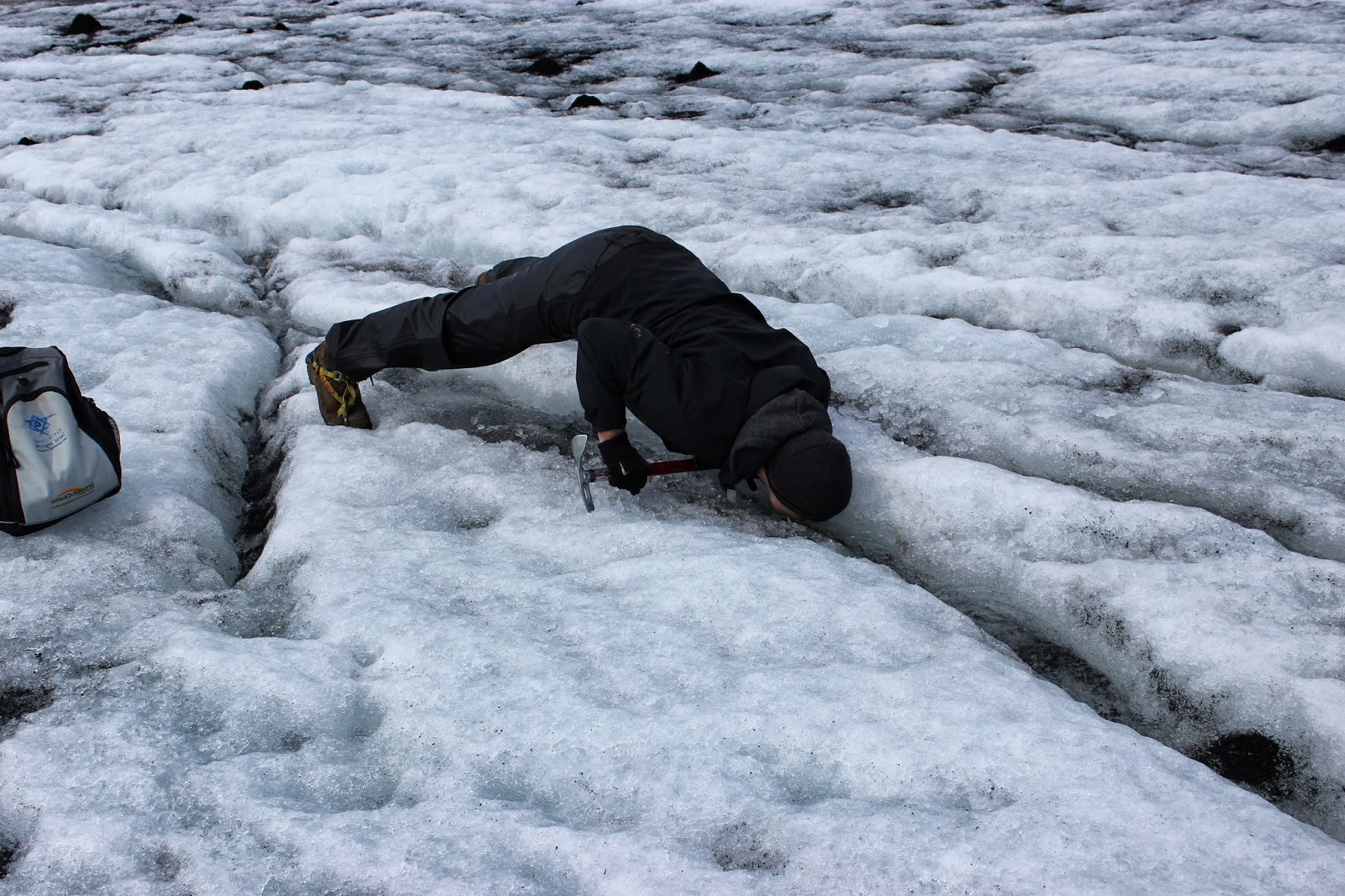 And tried to soak in the view and landscape as much as possible.  We saw several waterfalls created by the melting ice (melting both because of the warming climate and because we were there at the height of summer).  In some areas, the ice had split into deep crevasses and you could see layers from different years.  In the picture below there is some newer white ice on top of darker older ice (it's ice + ash, not rock on the bottom half). You can also see a waterfall coming out from the break 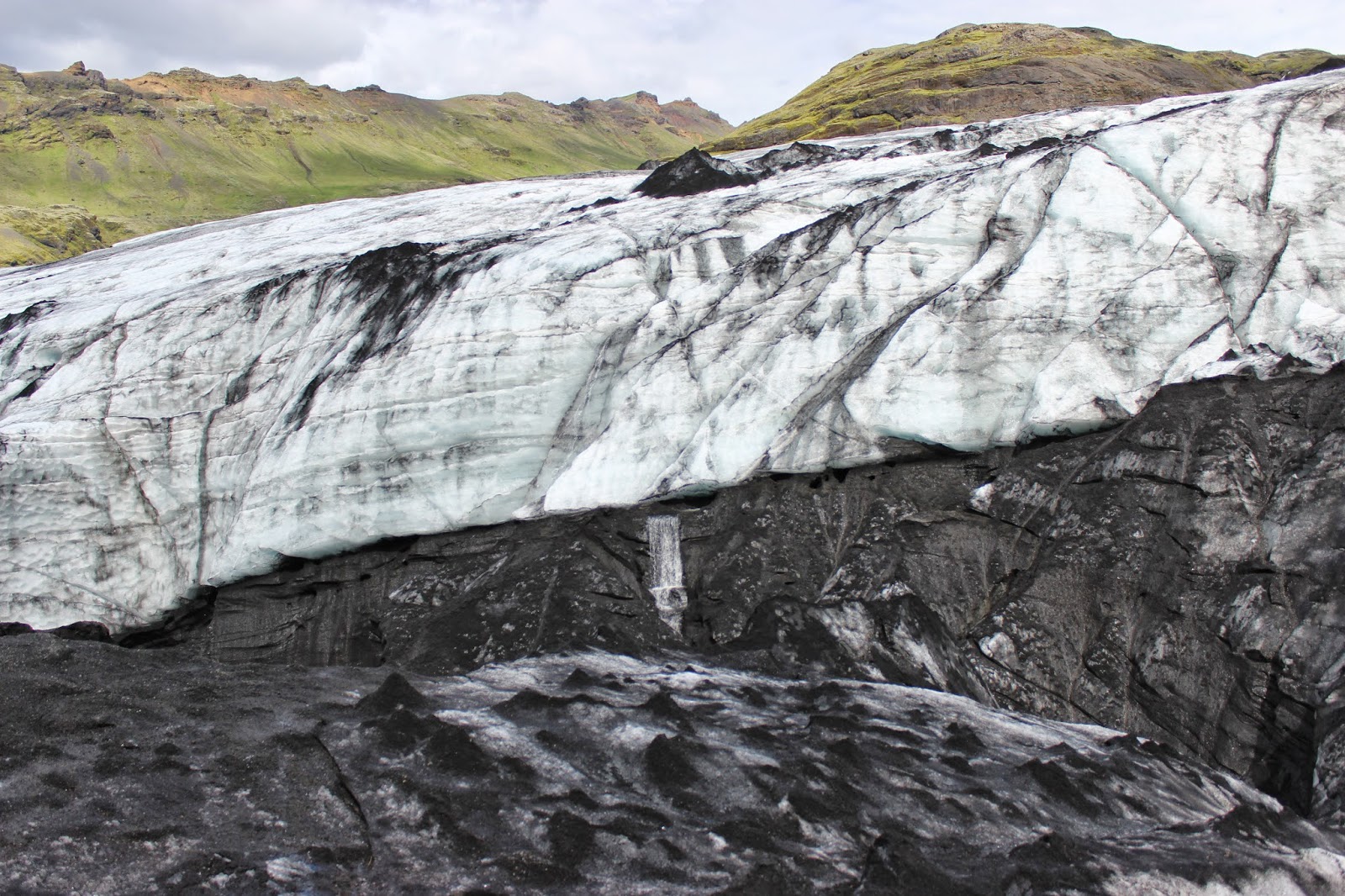 The shapes of the melting ice were surreally beautiful 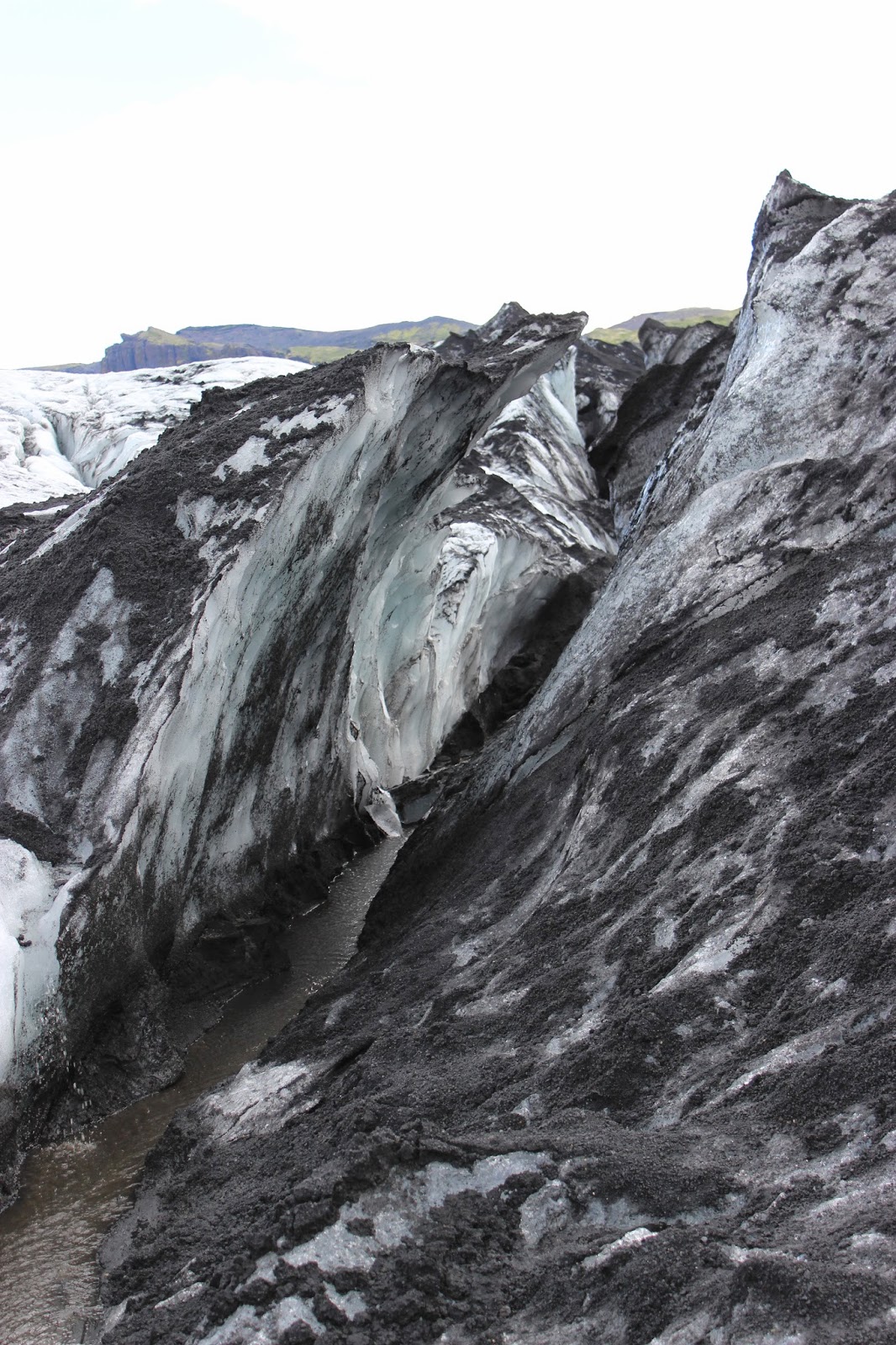 Our hike was three hours total, about two going up (since we kept going off-track to explore interesting features in the ice) and one going back.  At the top of the hike we could see all the way to Myrdalsjokull. 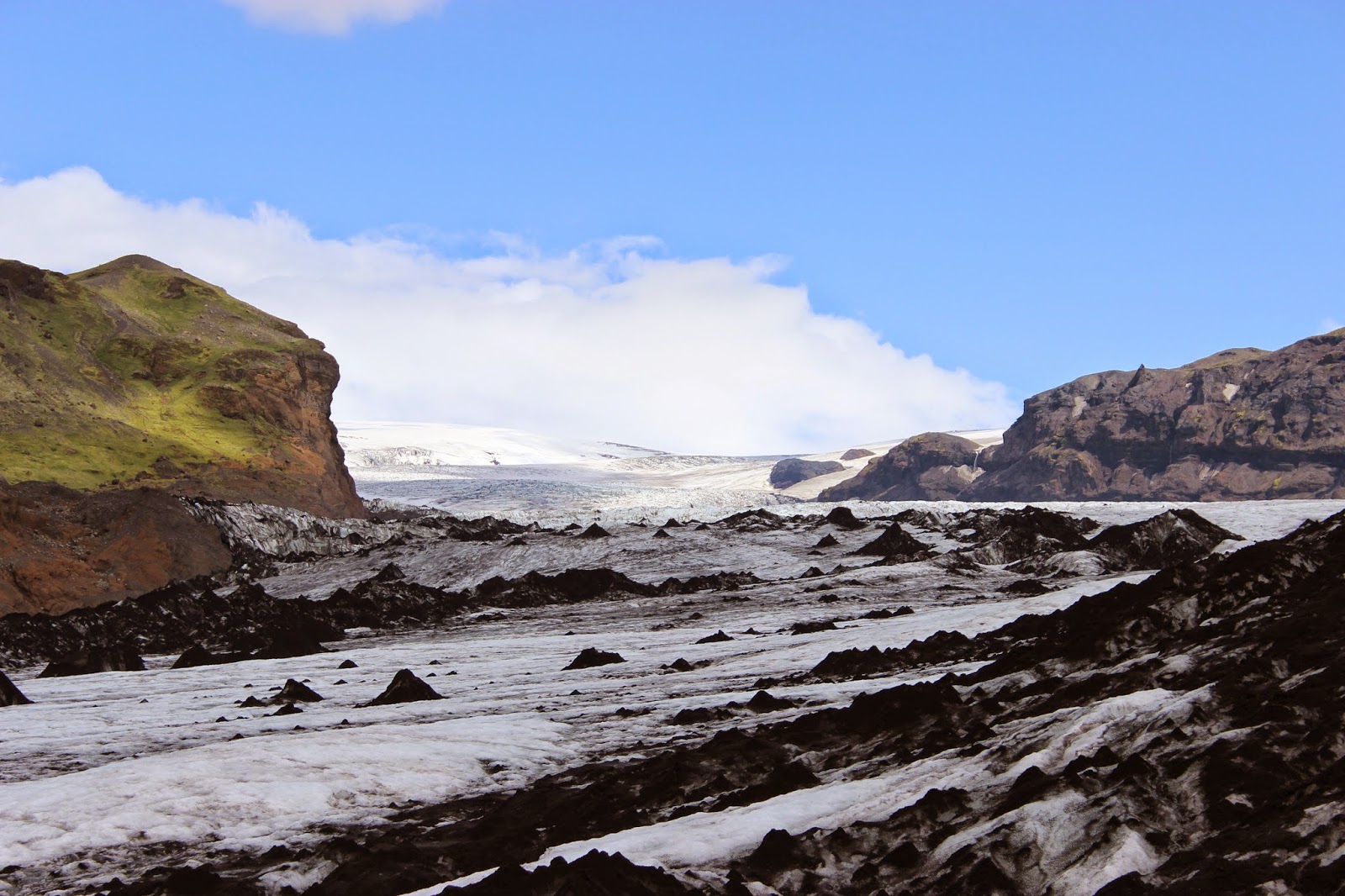 And then we headed back down to the valley. 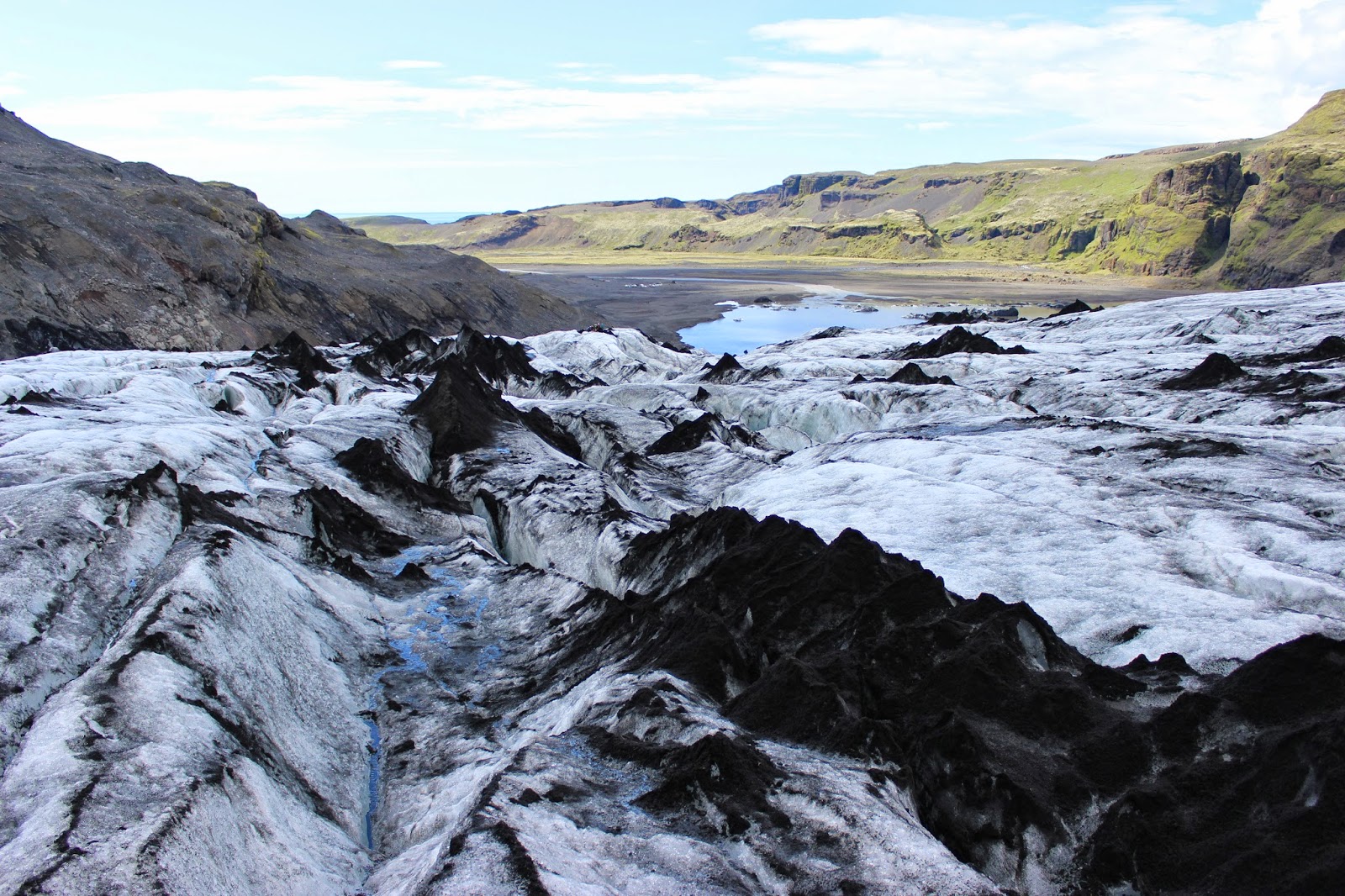 Definitely one the coolest things we've ever done so far.